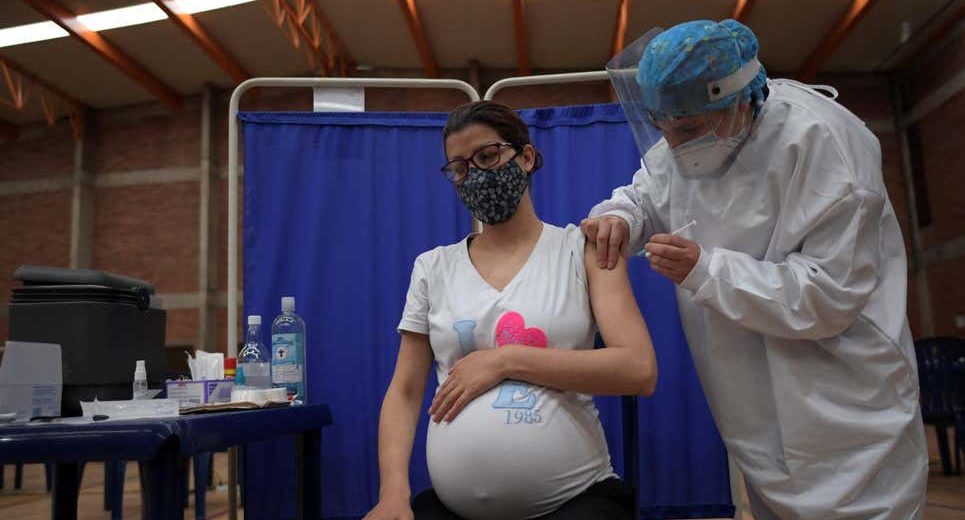 Many have been worried about this, hence the low number of pregnant women who are getting vaccinated against the COVID-19 virus but in reality, there is no proven link between the shots and things like miscarriage or infertility.
There is no doubt that the pandemic has meant a lot of stress and confusion for pretty much everyone out there but even more so for those expecting a baby!
Unfortunately, while some have found solace in the fact that a vaccine has been approved and released, the anxiety has barely been lessened as far as pregnant people are concerned.
After all, like always, expectant individuals have been excluded from clinical trials this time around as well, which means that initially, there was little information on how the vaccine would affect them.
As a result, many simply chose not to risk it and decided not to get vaccinated at all!
And while we now know it is, in fact, safe for pregnant women, the confirmation might have come a little too late.
This is because there has been more than enough time for a lot of misinformation and unfounded claims to spread all over social media since.
Therefore, medical specialists are seriously struggling to convince future mothers to get vaccinated even with the increasingly concerning number of pregnant people getting really sick and even losing their lives after getting infected with COVID-19 in recent months.
In the United States, expectant mothers are unfortunately vaccinated not even at half the rate of the overall population, as per the Wall Street Journal.
More precisely, as of the beginning of this month, only around a third of the pregnant population between the ages of 18 and 49 has received their shots.
This is in spite of the CDC confirming it’s safe for the first time back in April!
Not only that but the leading organization of obstetrician-gynecologists has also been recommending the vaccines since July!
In the last months, there have been studies published that prove the COVID-19 vaccine poses no risk to pregnant people.
Not only has it not been linked to any miscarriages but it does not cause any other infertility issues either!
In fact, new research claims that getting vaccinated while pregnant might actually protect the babies against contracting COVID once they’re born as well!
Not to mention that those who are expecting or postpartum have a higher risk of serious symptoms or death if they get infected.
Furthermore, there is also an increased risk of giving birth prematurely and getting admitted into the ICU.
Professor of obstetrics and gynecology from the Ohio State University College of Medicine and president of the Society for Maternal-Fetal Medicine, William Grobman explained via WSJ that “If what you’re concerned about is doing the thing that is most likely to lead to you being healthy and having a pregnancy without complications, it is unequivocally to receive the vaccine.”