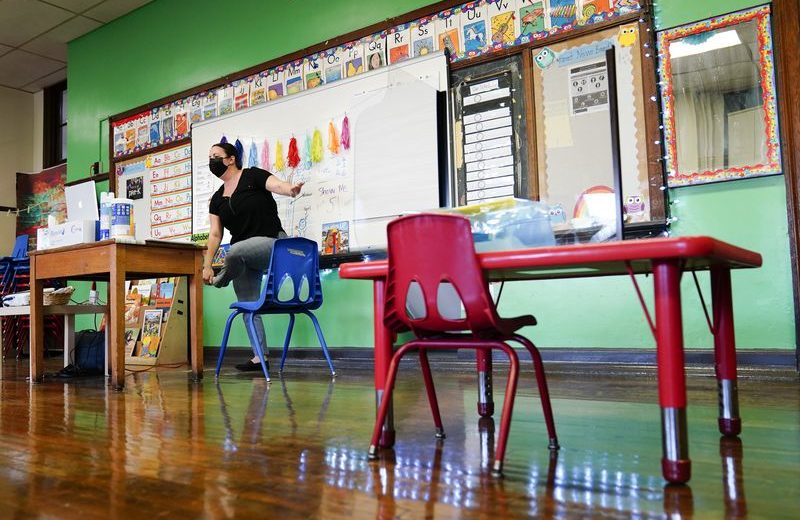 While most of the kids and teenagers who catch COVID-19 are either asymptomatic or present very few symptoms, there is still possible for a small portion of them to have symptoms over a month after infection.

Long COVID is starting to be more and more of a concern lately and it turns out that even the young ones are at risk of developing permanent symptoms after testing positive.

With that being said, it does not hurt at all to be well informed about this phenomenon, including about things like the type of symptoms experienced and how long they manifest in the case of children and teenagers.

So how common is Long COVID among these two age groups?

Professor of biology and a virologist at Montclair State University, Dr. Sandra Adams, shared via NJ Advance Media that “studies differ” and “the numbers vary from 5% to as high as 15% of children worldwide.”

There have been multiple studies on this and most of them seem to support claims made by experts.

However, there are also other studies, albeit more limited, that suggest the real percentage of long COVID among minors might be much higher than currently believed.

One such research showed that over half of patients aged between 6 and 16 years old had at least one long-lasting symptom that still lingered more than 120 days after infection.

42.6 percent of those young patients also reported that their symptoms were serious enough to interfere with their day-to-day lives.

Speaking off, the most common symptoms of Long COVID found among kids and teenagers are: fatigue, brain fog, persistent coughing, trouble breathing, muscle or joint pain, stomach or chest pain, fever, persistent headaches, mood swings, heart palpitations, lightheadedness when standing up and the loss of smell and/or taste.

Some experts point out that while the symptoms mentioned above are also prevalent amongst adult Long COVID patients, some others appear only in the case of children such as chronic inflammation!

Patterson also mentioned that “With kids, it’s really the fatigue is what’s so striking.”

He went on to talk about the case of a young patient who played hockey and then could no longer move “after 20 minutes!”

Of course, brain fog is quite common among pediatric patients, which translates into them having serious trouble doing homework.

So how long does it last?

Long COVID is still a mystery that scientists have a lot left to learn about, especially about how symptoms manage to linger in both vaccinated and unvaccinated teens and children infected with the virus.

But that is not to say that there are not still some general timeframes in which Long COVID tends to manifest itself.

Adams shared that “Children with long COVID usually have symptoms lasting from four to eight weeks. symptoms persist as long as 12 weeks.”

Patterson also mentioned that usually, with intervention, the symptoms go away in a matter of weeks.

Sure enough, a Journal of the American Medical Association study showed that one out of 25 children had “at least one symptom that lasted longer than 12 weeks.”

At this point, experts are still not sure about the long-term effects on minors due to the fact that there are still not enough studies on this topic.

Still, Patterson is optimistic since, in his personal experience, about 95 percent of his patients have managed to “return to their pre-COVID levels” after a while, the effects not being permanent.