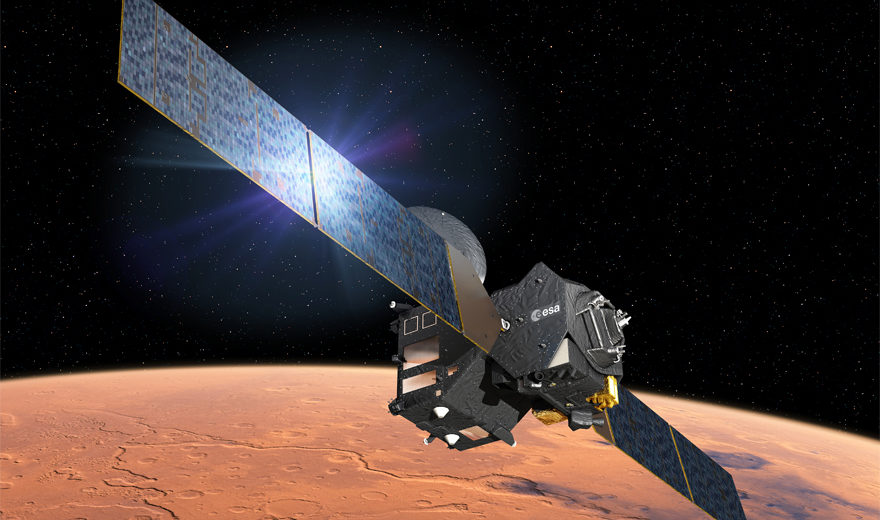 It’s been almost a year since the ExoMars Trace Gas Orbiter has started to survey Mars and the first batch of information has been released. The spacecraft has managed to create a map which contains the network of watery minerals found under the Martian surface, how the massive dust storm can influence the atmosphere. Also, it showed that methane on Mars is getting lower.

The amount of methane which has been recorded is surprisingly low, a discovery which already contradicts the argument of a study which was published less than a week ago.

Methane is considered to be one of the most apparent signs of life since it usually appears as a by-product. Researchers tend to become fascinated by planets where the gas is spotted since it tends to dissipate fast, which means that any traces which are discovered have to be quite recent.

Methane on Mars? Maybe not, according to ExoMars Trace Gas Orbiter

NASA and ESA have noted in that Curiosity, and the Mars Express orbiter signaled the presence of large methane spikes in 2013. The data provided by the TGO suggests hints towards something different by using two advanced spectrometers. NOMAD and ACS, the spacecraft managed to collect a high amount of detailed information. It seems that the concentration of methane is quite low, reaching 0.05 part per million in the upper area of the atmosphere. The amount is considerably smaller in comparison to that reported by Curiosity and Mars Express, which inferred that it reached 6 or 15 parts per million.

A researcher involved in the project has acknowledged that the new data was quite surprising since the team expected that they would find a large amount of methane. The new measurements appear to contradict the previous analyses directly. It is possible that methane may be destroyed in some manner before it can reach the upper layers of the atmosphere.

Some researchers believe that the massive dust storms which take place on the planet may influence the chemical composition of the atmosphere.