Home Science You Can Win $500,000 From NASA for Solving the Conundrum of the Food Production in Space 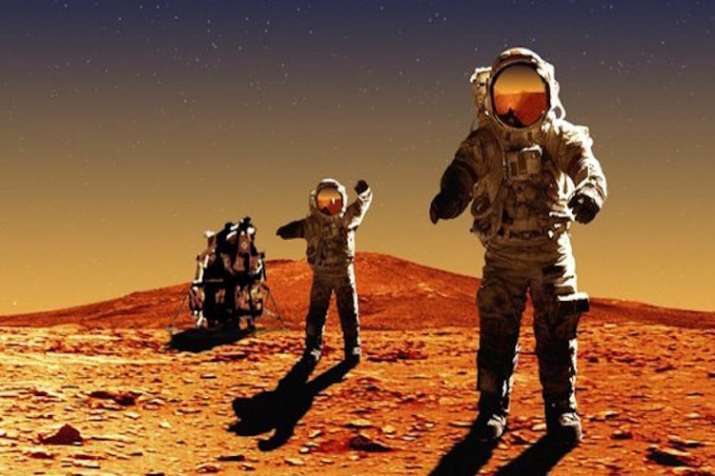 While some people believe that you can’t live without love, we have a hunch that food is more important. But nurturing yourself can become a lot more demanding and even impossible when you don’t have your feet on the ground (literally speaking).

Big Think writes about the Deep Space Food Challenge, an initiative of NASA for gathering solutions regarding how astronauts will be fed on their way to Mars. While the space agency is crowdsourcing solutions, the challenge is available for all citizens of the USA until July 30, 2021.

54.6 million kilometers represent the minimum distance that separates our planet from Mars. By comparison, the distance between Earth and the Moon is 384,000 kilometers, meaning about 140 times less! At such an incredible distance to the Red Planet, regular resupply to the astronauts with food would be impossible. The space travelers would be forced to bring all the necessary food somehow onboard and also to figure out ways of producing food. Another problem would obviously be the limited spacecraft space where the food needs to be stored. Let’s not also forget that cooking meals on Earth are a lot easier due to our planet’s conditions, such as the atmosphere, gravity, atmospheric pressure, and so on. But once again, those conditions don’t apply in space, which would be a huge problem.

While there’s apparently no solution, NASA is challenging people to come up with the right idea.

Grace Douglas, who’s NASA’s lead scientist when it comes to advanced food technology at Johnson Space Center in Houston, spoke about the necessity of food technologies in the context of long-lasting space exploration:

In the history of humankind, explorers set off to see what was over the horizon, and literally millions did not return because of food and nutrition failures.

Douglas’s whole paper can be seen in The Journal of Nutrition.

NASA is collaborating with the Canadian Space Agency to offer a $500,000 prize for the person who comes with the ingenious plan to feed astronauts while they’re on long-term exploration.