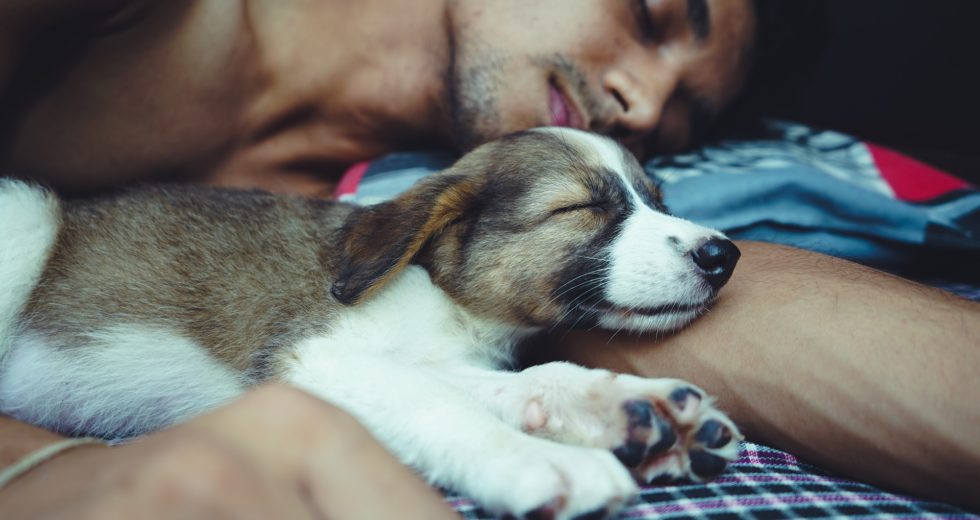 Sleeping alongside your fluffy cat or dog is surely one of the greatest feelings in the world. It’s normal to be willing to cuddle and hold your trustful companion tight for a longer time. But not everything that makes us feel good is also beneficial for our health.

A new article from CNN is analyzing if it’s a good idea to sleep with your pet alongside you. Dr. Dana Varble, who is the chief veterinary officer for the North American Veterinary Community, says it very clear as cited by the famous publication:

In general, it is a very good thing for animals to sleep with their people.

She further explains, as also quoted by CNN:

Dogs and cats who are more closely bonded with their humans get additional health benefits, including increases in beneficial neurotransmitters such as oxytocin and dopamine, the feel-good hormones.

Now that we know that our non-talking friends will have some benefits if they sleep alongside their owners, what about the opposite? How will such actions affect us?

The danger of sleep fragmentation is real

CNN also tells us about Dr. Vsevolod Polotsky’s view, quoting him as saying:

Animals may move, bark and disrupt sleep. Sleep in dogs (and cats) is not continuous and they will inevitably get up and walk on the bed, stepping on people. All of that activity will lead to sleep fragmentation.

However, there are pros and cons on the subject of how sleeping with animals can affect people. It’s also believed that those suffering from anxiety and depression would have some benefits of sleeping alongside their pets, and there’s no need to be the reincarnation of Einstein to figure out why.

Pets can decrease a person’s anxiety simply through their nearby presence.