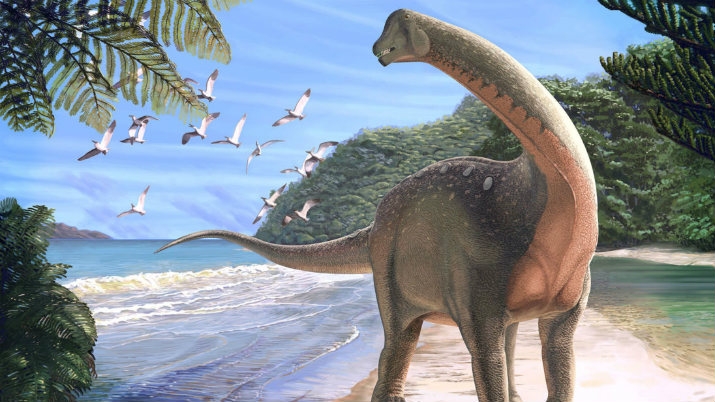 The dinosaurs had been roaming and dominating the Earth for about 165 million years, and one of the biggest events in our planet’s history led to their extinction. Whether it was an asteroid, a comet, or perhaps an alien intervention, researchers had been struggling a lot to find the truth.

The most largely-accepted theory describing the extinction of the dinosaurs is known as the Chicxulub impactor – an asteroid or comet that smashed the Earth about 65 million years ago at the end of the Cretaceous Period, leaving a  huge crater of 150 km in diameter in today’s Yucatan Peninsula from Mexico. But is that really how it happened?

PhysicsWorld.com writes that by measuring an abundance of the iridium element in the Chicxulub crater, an international team of scientists was able to find evidence for supporting the asteroid impact scenario. Similar concentrations of iridium can occur in sediments laid down at the Cretaceous–Paleogene boundary (K–Pg) extinction event.

Therefore, it is confirmed that about 75% of the Earth’s species went extinct by the Chicxulub asteroid that measured about 11 km in diameter and smashed into our planet. The outcome was devastating, as an enormous layer of vaporized rock dominated the atmosphere and thus preventing the sunlight from doing its thing.

Sean Gulick from the University of Texas at Austin was a leader of an international team of scientists in 2016, along with Joanna Morgan from the Imperial College London. They all took part in the International Ocean Discovery Program while on an expedition to the Chicxulub crater. Gulick declared:

We are now at the level of coincidence that geologically doesn’t happen without causation,

It puts to bed any doubts that the iridium anomaly [in the geologic layer] is not related to the Chicxulub crater.

After taking rock core samples, the scientists found a similar spike in iridium dosage in sediment laid down after the huge crater was formed. The sedimentary rock containing iridium was very thick, and scientists were able to date the dust two decades after the catastrophic impact.

The new research was described in Science Advances.