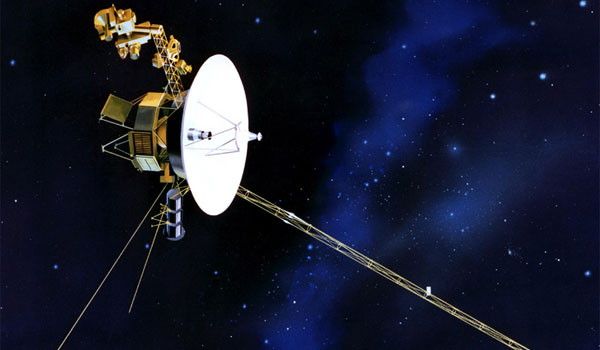 No spacecraft has ever gone farther than NASA’s Voyager 1. While still holding the record, the space probe has reached another incredible milestone in its trajectory into deep space outside of our solar system by crossing a threshold of 150 AU (astronomical units) from the Sun.

Each AU equals the approximate distance between Earth and our star, which is about 93 million miles. Being 14 billion miles away from Earth makes Voyager 1 the most distant human-made object from Earth. The last milestone of 100 AU was reached in 2006.

Voyager 1 was built by the Jet Propulsion Laboratory, a federally funded research center, and NASA field center, and it was launched in 1977 with an ambitious goal — to extend the exploration of the Solar System afar the outer planets to the outer limit and if possible even beyond. It took so much as 35 years for the spacecraft to leave the inner solar system. On August 1, 2012, Voyager 1 became the first human-made object that traveled beyond the solar system.

Scientists at Nasa believe it would take another 300 years of travel for the space probe to reach the Oort Cloud in the outer solar system. We obviously won’t be able to witness its arrival, but future generations could be luckier. Voyager 1 could actually exceed all expectations if things go according to plans.

An interesting feature of Voyager 1 is its cargo, the Golden Record. The 12-inch disk contains a variety of sounds and images meant to present our planet to any possible alien civilizations that it may encounter during its travel. It even includes greetings recorded in 55 languages and music varying from classical to blues. The contents of the record were selected at a committee meeting held by Carl Sagan, a renowned astrophysicist. Most astronomers are convinced that we’re not alone in the Universe.