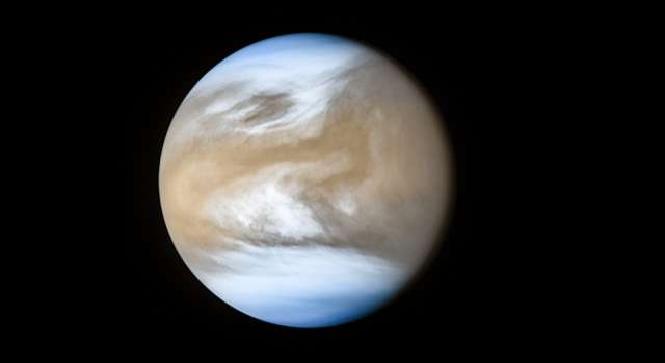 Researchers have already established that Mars had liquid water rivers and lakes on its surface during its early stages of life. Also, many astronomers started to look to Titan, one of the largest Saturn’s moons, and Europa, one of the Jupiter’s moons, to search for extraterrestrial life. Now, a recent research conducted by the scientists at the Univesity of Wisconsin concluded that the clouds of Venus atmosphere can hold microbial life.

Scientists studied the dark spots in the clouds of Venus

Grzegorz Słowik of the University of Zielona Gora, in Poland, discovered that some of the bacteria living on Earth have light-absorbing properties which very much resemble what has been identified in the clouds of Venus atmosphere.

Observing the clouds on Venus in the ultraviolet spectrum has unveiled that those dark spots are made of high-concentrated sulfuric acid and other particles which have yet remained unknown but which have the ability to absorb the light.

The same light-absorbing characteristic of the particles in Venus atmosphere has also been studied by an international team of scientists which concluded then that the presence of Sulfur-Oxygen Isomers in the Venus atmosphere is the culprit for the UV-absorbing properties.

In Earth’s atmosphere, viruses, bacteria, and other microorganisms have been discovered at up to 25 miles above the surface, according to David Smith from NASA, who also was one of those scientists who participated in the experiment.

Scientists indicate that life in the Venus atmosphere could exist as it exists in the Earth’s atmosphere because “there is a growing catalog of microbes that are known to inhabit very aggressive environments on our planet, such as the Yellowstone hot springs, hydrothermal vents of the deep ocean, toxic sludge from polluted areas, and acidic lakes around the world.”

A thorough examination of the data and readings done by the space probes that surveyed Venus between 1962 and 1978 suggest that the pressure and temperatures in the lower and middle Venus atmosphere, at 27 miles above the planet’s surface, could not stop bacteria from existing and multiplying.

Scientists believe that Venus atmosphere can hold microbial life and are already developing plans for manufacturing and using the Venus Atmospheric Maneuverable Platform (VAMP) to take samples of the Venus atmosphere.