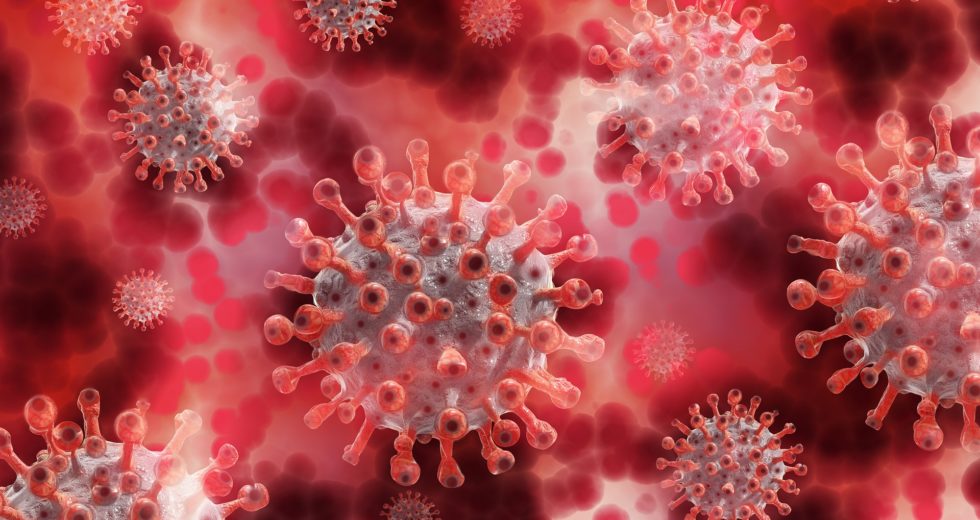 While infected with COVID-19, two teenagers experienced some severe psychiatric symptoms such as delusions, paranoia and even suicidal thoughts and now, researchers believe they might have finally figured out what triggered such unexpected symptoms.

As it turns out, the potential cause is likely antibodies that mistakenly attacked their brains instead of the mild viral infection.

The teens were examined at the University of California, San Francisco (UCSF) Benioff Children’s Hospital not too long after testing positive for COVID-19 last year, as per a JAMA Neurology report.

There, scientists were able to observe these rogue antibodies in the young patients’ cerebrospinal fluid (CSF), which is the liquid that flows in the hollow spaces of both the brain and the spinal cord.

In their new study about this anomaly, however, the scientists mentioned that it is still too early to say for sure whether the scary symptoms were caused by these antibodies or not.

Physician-scientist and professor of neurology at UCSF, Dr. Samuel Pleasure, explained in an email to Live Science that these antibodies tend to target structures that are inside cells and not those that are outside cells.

“So, we suspect that either the COVID-19 autoantibodies (antibodies that attack the body instead of the virus) are indicative of an out of control autoimmune response which might be driving the symptoms, without the antibodies causing the symptoms directly necessarily,” Dr. Pleasure dished.

As a result, there needs to be more tests in the future to confirm whether or not there are any autoantibodies that target structures on cell surfaces, causing direct damage.

Meanwhile, another scientist who was not involved in the study, Dr. Grace Gombolay, suggested that this discovery seems to prove that COVID-19 might trigger the development of autoantibodies that can attack the brain.

In an email to Live Science, she also mentioned that there seems to be a solution for this, namely treatments meant to “calm down” one’s immune system.

Sure enough, the teens involved in the study were given intravenous immunoglobulin, a treatment used in inflammatory and autoimmune disorders to reset the immune response.

After receiving this treatment, the teenagers’ symptoms remitted, either partially or completely but Gombolay stressed that it’s possible the patients would’ve “improved on their own, even without treatment” anyway.

After all, the study only features two people so it’s way too small to be able to provide an undeniable conclusion regarding the treatment’s efficiency.

COVID-19 isn’t the only virus that can lead to the development of brain-targeting antibodies.

Others such as herpes simplex virus, explained Gombolay, can also cause serious neurological symptoms, “thus, it’s reasonable to suspect an association could also be seen in COVID-19.”

Before doing this research, the study’s authors also published evidence of neural autoantibodies in COVID-19 patients of adult age.

As per a previous Cell Reports Medicine report, they experienced a loss of smell, hard to treat headaches, seizures and the majority had also been hospitalized after dealing with respiratory difficulty while infected with COVID-19.

On the other hand, Pleasure mentioned that the teen patients “had quite minimal respiratory symptoms,” suggesting that there is a chance of such symptoms appearing during or after mild respiratory cases of COVID-10.

In 2020, over the course of 5 months, 18 patients of pre-teen and teen ages tested positive for the virus and were hospitalized at UCSF Benioff Children’s Hospital.

Out of them, the study’s authors recruited 3 teenagers for some neurological evaluations and they went on to become the main focus of their research.

They were able to learn that one of the patients had a history of depression and anxiety and after getting infected, they also started experiencing paranoia and delusions.

The second patient had a history of motor tics as well as anxiety and after catching COVID, they started dealing with aggression, rapid mood shifts and even suicidal thoughts.

Finally, patient number three was the only one with no psychiatric history but in spite of this, they experienced agitation and insomnia as well as eating disorders for a few days.

For the study, all three teens underwent spinal taps, a sample of CSF being drawn from their lower backs.

It was discovered that all had high antibody levels but only the CSF of the first two patients also contained antibodies capable of fighting SARS-CoV-2.

The study’s authors note that in those two cases, it is possible the COVID-19 virus itself entered their brains and spinal cords.

Pleasure writes that “I would suspect that if there’s direct viral invasion it is transient, but there’s still a lot of uncertainty here.”

Furthermore, they also carried neural autoantibodies and by experimenting on mice, the team found that the antibodies at hand were capable of latching onto certain areas of the brain including the cerebellum, the stem, the cortex and the olfactory bulb; the latter of which is responsible for smell perception.

The next step was to use lab-dish experiments to find the targets that neural antibodies grab onto.

They found a few different ones and circled in on one of them in particular – this protein known as TCF4 (transcription factor 4.)

Mutations in the TCF4 gene can lead to a neurological disorder called Pitt-Hopkins syndrome.

According to a second study published in the journal Translational Psychiatry, dysfunctional TCF4 might also have a hand in schizophrenia.

All in all, these findings appear to propose that autoantibodies might cause a runaway immune response that contributes to the emergence of psychiatric symptoms in the case of some COVID-19 infectees.

The study, however, still needs to be taken with a grain of salt as due to its extremely small size, it cannot prove, beyond a shadow of a doubt, that antibodies themselves directly cause disease.

Another possibility is that there are other immune-related factors that lead to such symptoms and not the antibodies.

Adjunct instructor in psychiatry at UCSF Weill Institute for Neurosciences and co-first author of the study, Dr. Christopher Bartley, stated that “These autoantibodies might be most clinically meaningful as markers of immune dysregulation, but we have not found evidence that they’re actually causing the patients’ symptoms. There’s certainly a lot more work to be done in this area.”

Gombolay also said that, in the future, “it would be helpful to examine CSF of kids with COVID-19 who didn’t have neuropsychiatric symptoms. However, obtaining CSF from those patients is pretty challenging as CSF has to be obtained in a spinal tap, and a spinal tap isn’t typically done unless a patient has neurological symptoms.”

With that being said, the researchers are currently working with a number of different groups researching long Covid and collecting CSF from many patients both with and without symptoms of a neuropsychiatric nature.

“In adults, it isn’t uncommon to have patients be willing to undergo a spinal tap for research with appropriate informed consent and institutional review,” explained Pleasure.

By using these samples and also conducting some other studies, the team hopes to pinpoint the exact autoimmune mechanisms responsible for the worrying symptoms in COVID patients and find out what kind of a role autoantibodies play.