Home Science The Universe Before The Big Bang 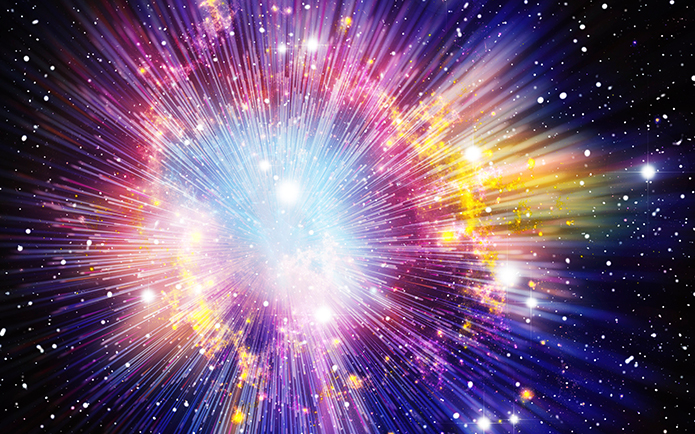 The ultimate redoubt of Big Bang before starting to shake is the singularity. The infinite small, dense, and hot spot that exploded and expanded into becoming the Universe. It isn’t just a story the scientists can prove it mathematically as Einstein’s General Relativity predicted it.

But when it comes to what gave birth to the singularity, everything goes to silenzio stampa. That’s Latin saying total silence. General Relativity can’t provide any answers nor predictions. This is when the string theory enters the stage and claims it can reconcile everything.

An ancient Stoic belief called Ekyrosis (this is the Greek word for conflagration) said that the cosmos is an endless rebirth through fire. Much like a phoenix, these Greek philosophers stoically believed that a conflagration would systematically destroy the cosmos, and the cosmos would be born again from the ashes of that conflagration only to be destructed once more until the end of time.

The Universe Between Big Bounce and Big Bang

This belief didn’t remain a simple philosophical belief. In the 80s, The Big Bounce theory emerged. The theory claimed that the Big Bang was the beginning of an expansion that followed a previous contraction with the singularity being the maximum point of contraction.

The theory didn’t get much credit at the time. It got some trouble with mathematics and physics. They didn’t endorse the theory since the approach was meant to prove them wrong.

Then, in 2001, physicists Justin Khoury, Burt Ovrut, Paul Steinhardt, and Neil Turok modeled the ekpyrotic UniverseUniverse, another string theory notion. This cosmologic model claimed that it could answer to that scary question, “what was before the Big Bang?”. The theory claims that the Universe is that never-ending chain of conflagrations the Stoics believed in.

Recently, physicists Robert Brandenberger and Ziwei Wang of McGill University in Canada found some unexplored opportunities in the Big Bounce’s mathematics, and they claim the ekpyrotic Universe theory and/or the Big Bounce theory are/is still on the table. They couldn’t irrefutably prove it to be accurate, but their discoveries might be taken to the next level by the future generations of cosmological experiments. In the meantime, the Big Bang hypothesis is widely accepted.