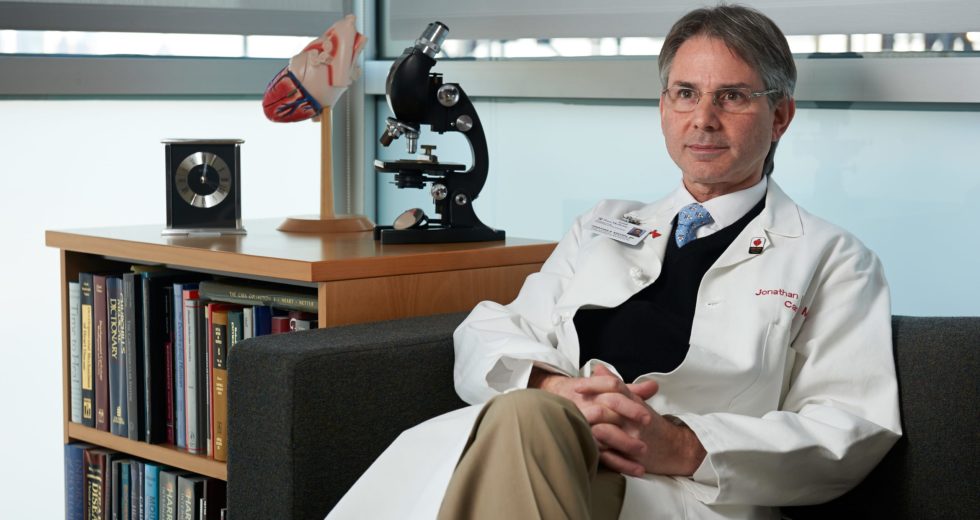 Some researchers from the University of Pennsylvania have shown that they might be able to treat one of the most common leading causes of heart disease by combining some existing technologies that have already been successful in fighting cancer as well as in making COVID-19 vaccines.

It is an impressive milestone that offers some hope for millions of people with scar tissue damaged heart muscles even though at this point, all the study’s success has been achieved in mice.

Fibrosis leads to heart disease which is the leading cause of death in the United States as per Penn professor of cardiovascular research, Dr. Jonathan Epstein, who is also one of the people involved in the study.

The work was published in the journal Science last week and is pretty revolutionary given the fact that at this point in time, there is no effective treatment for fibrosis.

As for how it works, Epstein was able to reverse fibrosis by re-engineering cells, something that has been achieved with an already existing and highly successful cancer treatment known as CAR-T.

However, in this case, the treatment did not take place in a lab dish but inside the body.

Furthermore, the research team also delivered the treatment using mRNA technology, the efficacy of which has been proven over the last year since it’s been used in mRNA-based COVID vaccines received by hundreds of millions of people all over the world.

Epstein states that “If it works (in people), it really could have enormous impact. Almost every type of heart disease is accompanied by fibrosis.”

Around half of all heart failure cases are directly caused by scar tissue due to the fact that it prevents the heart from pumping blood and relaxing effectively and that is not even all as fibrosis contributes to kidney and lung disease as well.

The CAR-T approach to battling blood cancer was developed by another of the study’s authors, Carl June, at Penn.

The method involves taking immune cells out of the body, genetically altering them in order to identify tumor cells and then inserting them back in order to destroy the cancer.

It should be mentioned, however, that chimeric antigen receptor T cells, which is what CAR-T stands for, is a really expensive method since it needs to be personalized for the patient.

With that being said, the new approach, if successful in human trials, would actually allow for patients to receive treatment with the same generic approach.

Epstein says that “It is now scalable. That makes it to me really more exciting.”

He also shared that while in cancer therapy every cancerous cell needs to be killed so that the illness does not return, in the case of fibrosis, pretty much any reduction is sure to improve the patient’s life.

The method, while still far from being able to help people at this point, shows the great potential of mRNA technology well beyond just the COVID-19 vaccines.

Stanford University cancer researcher, Crystal Mackall, who was not involved in the study but uses CAR-T to treat her cancer patients stated that “It’s really cool. I think we all knew when the COVID vaccine was so successful and so well tolerated in so many people … those of us who are scientists immediately began thinking, ‘Wow, what else can I do with this?”

As part of the anti COVID-19 vaccines, mRNA spurs cells in order to create a protein that is usually found on the surface of the virus so that the immune system is able to identify it upon meeting the actual virus, destroying it before it can really damage one’s health.

But in the new application, the mRNA would be able to train the cells to produce the protein found on the surface of fibrotic cells, teaching the immune system to destroy them.

Other previous studies created T cells that were delivered in such a way that they persisted for a long time, which is a risk that the immune system would end up attacking other fibrotic cells of use such as the ones that contribute to healing wounds.

But by delivering the protein via mRNA, it only stays for a couple of days so the scientists involved in this study are pretty convinced that the previously mentioned problem would be resolved.

Epstein mentions that “The window for potential trouble is relatively small.”

Furthermore, this short-term durability is a really big advantage, according to Epstein and other researchers.

Professor and immunology expert at the Fred Hutchinson Cancer Research Center, Dr. Stanley Riddell, shared that “The idea that you could do this over a period of days is actually pretty exciting. It’s a very nice application of cutting-edge synthetic biology.”

At the same time, some unforeseen problems might still appear which is why the Peen team is still far from actually employing this method to treat human patients.

The next step is to start testing it on larger mammals before finally moving on to humans, something they are hopeful to see happen in around two years.

They also still need to determine the appropriate dosage as well as the number of times the treatment needs to be delivered in order to provide results.

To help advance this technology, the research team has started a company.

Epstein shared that one advantage is that imaging technology can now see the fibrotic tissue which helps medical experts evaluate one’s illness and reaction to the therapy.

“There are tools that already exist to bring this forward,” he says.

While fibrosis is one of the main causes of heart disease, it is actually part of many other diseases as well including Duchenne Muscular Dystrophy, pulmonary fibrosis, scleroderma as well as COVID lung.

With that being said, it’s safe to say that mRNA’s potential to help the world is massive and really exciting.