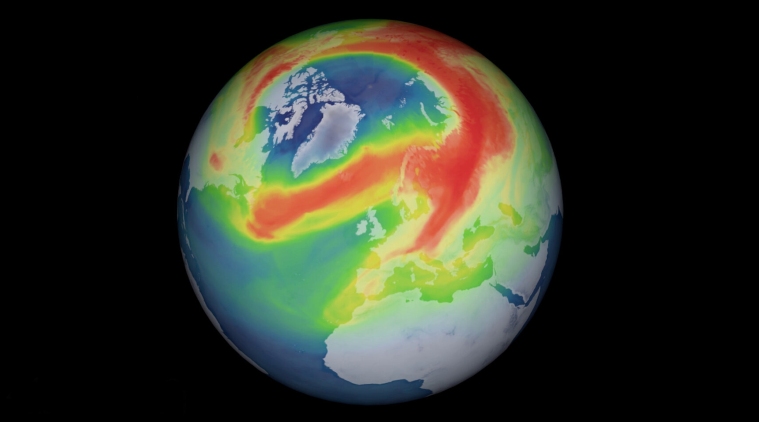 On the 6th of April, the Copernicus Atmosphere Monitoring Service has declared that a record-sized hole was identified in the ozone layer over the Arctic region. The unusual phenomenon was determined by the unexpected low temperatures. Back then, the scientists declared that the hole would disappear in the upcoming weeks, and thankfully this happened today.

The analyzers have added that the lockdown measures taken in the event of coronavirus have had an enormous impact on this issue. Even though there are not enough studies to assess the effects of the lack of human industrial activity, the scientists are stating that it has accelerated the restoration of the ozone layer.

The ozone layer, known as the ozonosphere, is situated between nine at 22 miles kilometers in height, being Earth’s upper atmosphere. It pays a crucial role in protecting the life on our planet bu blocking the harmful UV rays from hitting Earth’s surface. The amount of danger produced by these radiations could kill any living thing.

Some depletion in the ozone layer can be caused by the human industrial occupations, determining holes in the ozone layer that can measure up to millions of square miles. If the recently discovered hole moved to the south, it would have caused a high risk of sunburn. The arctic region is not as affected by polar vortexes as the Antarctic is, given its location in a montane area.

The temperatures and the speed of the wind caused the formation of polar stratospheric clouds, which are usually created by the human impact on the environment when releasing chemicals in the atmosphere, determining ozone depletion.

Paul Newman, a chief scientist at NASA, has stated that the recovery of the giant ozone layer hole over the Arctic region is not a sign that the healing of our environment is on its way. Fortunately, after a series of international regulations were introduced, the levels of ozone-depleting substances created by humans have decreased since 2000.