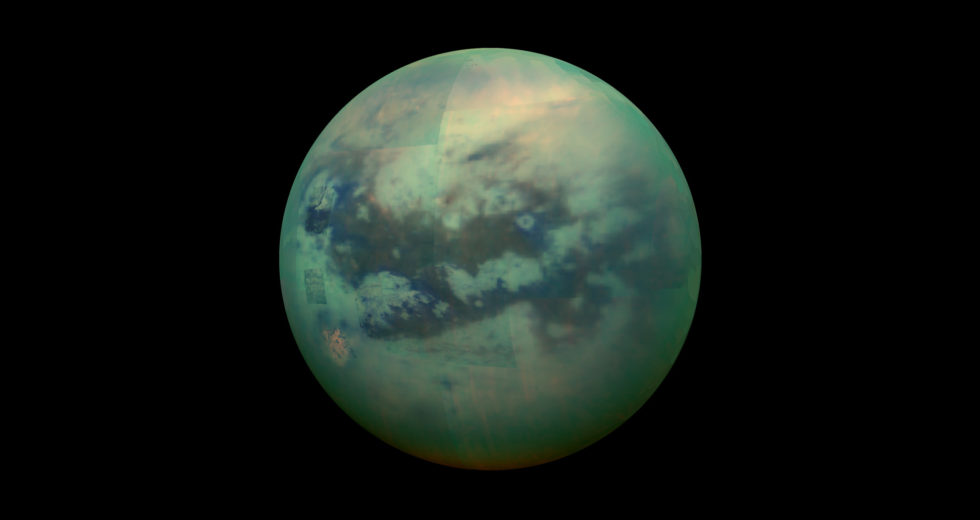 Titan is one of the largest space objects that revolve around Saturn, the unmistakable gas giant. Other than being the second-largest moon in the Solar System, Titan is also remarkable because it’s the only known object besides Earth that shows clear evidence of stable bodies of surface liquid.

Space.com tells us that NASA’s Cassini mission is still providing valuable data, and it’s now revealing that a huge lake from Titan known as Kraken Mare has a depth of over 300 meters (1,000 feet). That means almost the same as the height of the Chrysler Building from New York City.

Learning about the depth and composition of Kraken Mare is crucial

It’s mandatory to understand the depth and composition of Titan’s largest lake, so that humanity will learn more about the mysterious chemistry of Saturn’s moon. The lakes and rivers from the surface of Titan are made of ethane and methane.

Valerio Poggiali, the lead author of the study and also a research associate from the Cornell University Center for Astrophysics and Planetary Science, declared:

Kraken Mare … not only has a great name, but also contains about 80% of the moon’s surface liquids.

Titan is also remarkable because it’s the only known moon from the Solar System that has a thick atmosphere made of a gaseous nitrogen shroud. By comparison, Earth’s atmosphere is mostly made of oxygen and nitrogen.

Scientists were able to calculate the sea depth by observing how long it takes the radar signal to bounce back from the sea bottom and from the liquid surface.

The data on Kraken Mare was collected way back in 2014 during Cassini’s 104th flyby of Titan. A study based on the research was published in the Journal of Geophysical Research: Planets.