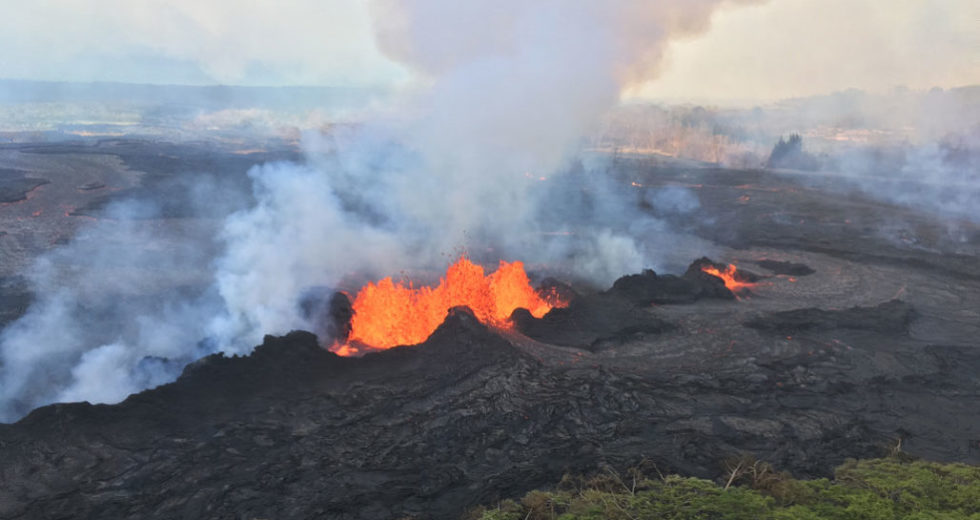 The Kilauea eruption is one of the longest events in history. It began in 1983, and it lasted for 35 years, reaching a grand finale in 2018. It is the longest-running known eruption in several centuries.

When the final stage of the eruption was reached in 2018, a series of fissures spread across the East Rift Zone of the Volcano, releasing a significant amount of molten lava that devoured several neighborhoods. More than 35 square kilometers (or 13 square miles) of the Big Island were covered by fiery lava, which burned down everything on its path.

Many wondered what the reasons behind the savage event were. The general consensus is that an accumulation of magmatic pressure and a deterioration of the rift zone may have been the culprits, but the trigger has remained a mystery.

A new study may provide some answers as a team of researchers argue that in the months before 2018, an extreme amount of rainfall has been recorded. During the apex period, record values were observed on the Kauai Island, which is located close to the volcano. The value reached 1.26 meters of rain in 24 hours, a record for the US.

Research has shown that the shallow subsurface which surrounds the volcano is rich in a porous basaltic rock, which allows water to permeate through it and reach the ground. It is theorized that some of the water may have gone deeper into the volcano. Rock mechanics have shown that fluid pressure tends to be high where rocks are mechanically weaker, increasing the rate at which new fractures appear or reactivating old ones.

The team argues that rain infiltration at a subsurface level could have boosted pore pressure at specific depths. In the given circumstances, the increased pressure may have been enough to trigger the Kilauea eruption. There is no hard proof at this point, but further research will take in the future.