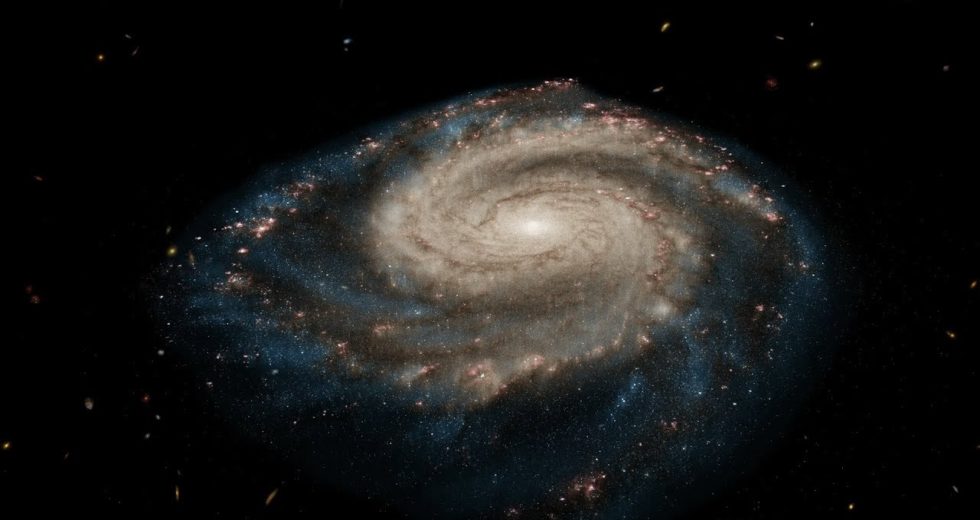 NASA’s Hubble Space Telescope captured a breathtaking space scenario back in 2005. NASA decided to re-released it to celebrate Hubble’s 30 years in space duty. The Whirpool Galaxy M51 was snapped in fantastic detail. The whirling galaxy, approximately 23 million light-years away, was spotted close to another galaxy, dubbed NGC 5195. The two galaxies appeared to be caught in an endless game of tug-of-war. At first, scientists believed the smaller batch is dragging on the outstretched winding branch of M51. But, the Hubble Telescope shows them otherwise.

Galaxy NGC 5194 was nicknamed ‘Whirlpool’ due to its massive swirling structure. It has two curved arms that young host stars, and a core where older stars reside. Most of the spiral galaxies got lots of loosely molded branches, which could turn their spiral formation less prominent. Those branches are star-creation factories, as scientists defined, developing clusters of new stars, and compressing hydrogen gas.

As for the smaller NGC 5194, NASA explained how it has been drifting past M51 for almost hundreds of millions of years. So, as NGC 5194 glides by, its gravitational muscle throws waves within the Whirlpool’s pancake-like disk. The waves are, too, resembling some ripples in a pool produced when a rock is thrown in the water.

Moreover, when the waves drift by through circling gas clouds within the disk, they press the gaseous material and every arm’s interior part, as well. The dark, dusty material could appear, then like collecting storm clouds. What happens next to those dense clouds? They collapse, and new stars appear. The most prominent stars will clear away the dusty clusters with a wave of radiation and stellar wind. Consequently, a blue star will emerge from the chaos, lightening the Whirlpool Galaxy’s branches like neons.