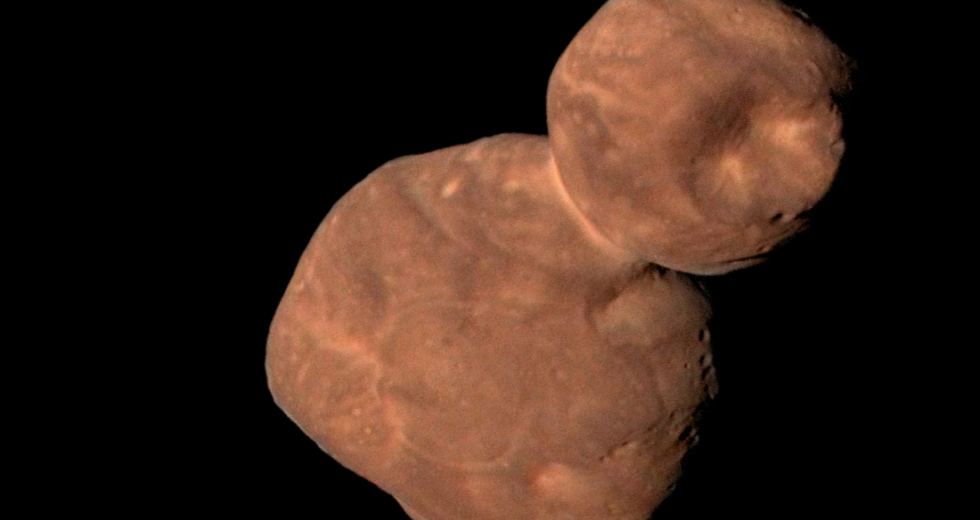 The most distant object located in our solar system is Arrokoth or “The Snowman” (formerly known as Ultima Thule), and it presents remarkable properties. A new paper conducted by German scientists from Tubingen in collaboration with the Faculty of Physics at Technion aims to cast a light on the formation and evolution of the objects in the Kuiper Belt.

The study tries to discover the structure of our solar system during its early stages. The findings can be found in the Nature journal, cited by Phys, where scientists have published their discoveries concerning the impressive characteristics of Arrokoth.

The mission that discovered the existence of the snowman dates from 2006, when NASA has launched into space the New Horizons robotic spacecraft, whose primary objective was to take analyze Pluto. To conserve energy, the spacecraft was on sleep mode during its nine years journey.

“The Snowman” Arrokoth – Formation and Evolution

During its mission, the International Astronomical Union decided that Pluto is a dwarf planet. However, the study continued, providing resourceful information into the structure of Pluto, its moon, Charon, and the Kuiper Belt, located beyond Neptune.

The Snowman was identified with the help of the Hubble Space Telescope back in 2014. Initially, it was named Ultima Thule, translated from Latin into “The Edge of the World,” as an allusion to its position.

The object was formed after the collision of two objects in the Kuiper Belt, presenting a 30-kilometer binary with two objects different in size. It offers an interestingly high inclination angle, as well as slow rotation speed, which up until now is impossible to explain.

The scientist managed to determine that the two components orbit each other while revolving around the sun, creating a triple revolution system with a chaotic movement. The collision of the two objects is exceptionally likely. In addition to this, even Pluto and Charon may have experienced the same formation system as “The Snowman” (Arrokoth).