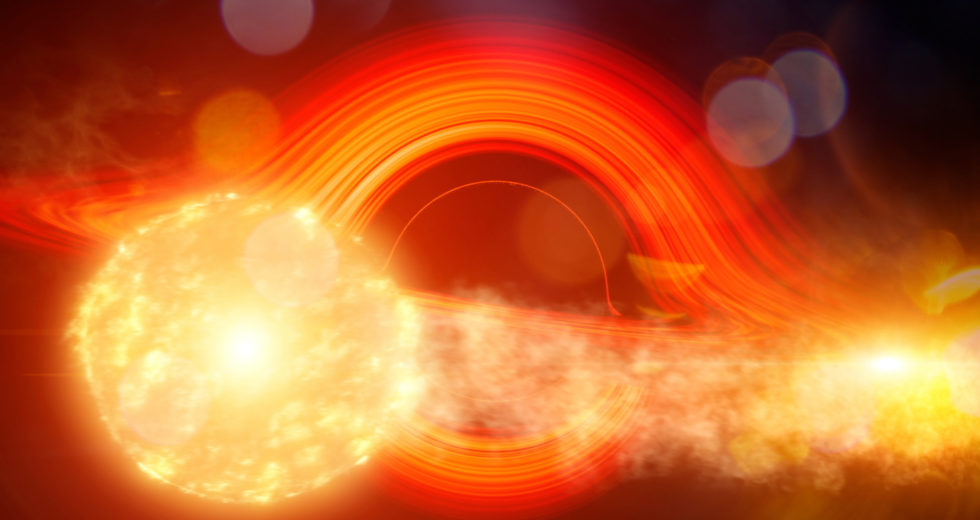 Black holes are best known for their ability to guzzle pretty much anything that gets too close – planets and even entire stars. But Stephen Hawking is one of the illustrious scientists who claimed that the dark and sinister cosmic objects are also able to emit energy.

Most galaxies have a supermassive black hole at their center, and ESO 253-3 is no exception, the galaxy located 570 million light-years away from us. The black hole from the center of ESO 253-3 spews energy into space extremely often.

The supermassive black hole responsible for the flares is 20 times the size of the black hole from the center of our own galaxy, the one known as Sagittarius A* (Sgr A*). What happens is that while the farther black hole devours a nearby star, gases eliminated from the star intercept the debris disk of the black hole to produce flares.

Patrick Vallely, who is co-author of the study and a National Science Foundation Graduate Research Fellow from The Ohio State University, declared:

It’s really exciting, because we’ve seen black holes do a lot of things, but we’ve never seen them do something like this — cause this regular eruption of light — before,

The new research was presented during the 237th meeting of the American Astronomical Society that was held online. The discovery was also described in a study published online to the pre-print database arXiv.