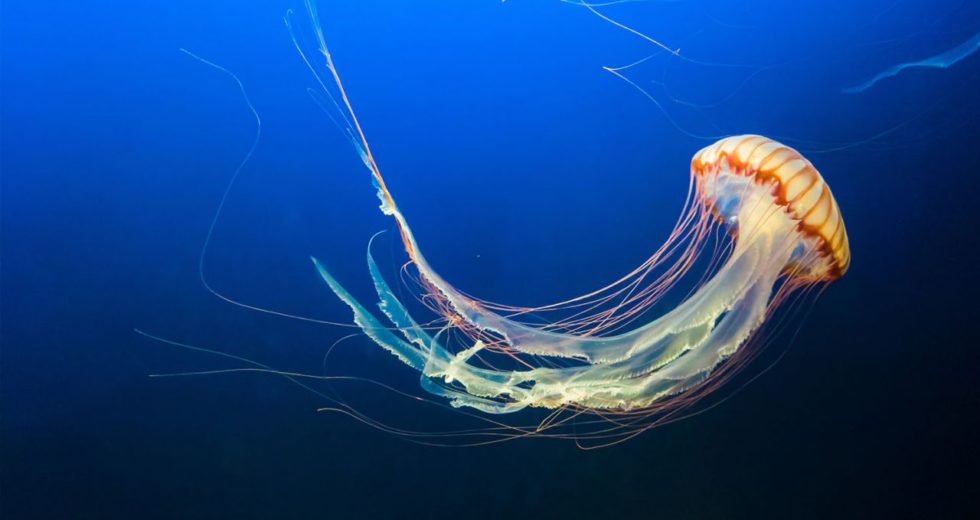 An exotic species of jellyfish uses an unusual method to capture prey by throwing venom grenades that make the water around the creature dangerous. Known as the upside-down jellyfish (and under the scientific name of Casssiopea xamachana), the species can be found in the Caribbean Islands, Micronesia, and around Florida. It is one of the greatest foes of surfers and snorkelers who are bewildered by the fact that they get stung without being touched or touching the jellyfish.

It was theorized that the stings might be caused by younger specimens or detachable tentacles that can be thrown towards a target. However, a team of researchers has discovered that the upside-down jellyfish has evolved a new range attack that can be employed to disable prey without the need to use tentacles. This is achieved by assuming a specific position on the back and releasing globes of mucus enhanced with venom.

How this surprising jellyfish uses “mucus grenades” to attack other creatures

Those “mucus grenades” travel towards the intended prey and kill it, while also creating a phenomenon that is known as stinging water. An analysis of the globes, which are called cassiosomes, revealed that they are covered in an impressive number of stinging cells. It is essential to highlight the fact that the venom is not powerful enough to pose a significant risk for unlucky humans that come into contact with it, but it can destroy skin cells. It is also lethal for smaller creatures.

Persons who interacted with stinging water describe a sensation similar to a mix between an itch and a burn. In some cases, it can be strong enough to force the person to leave the water. Jellyfish have remained a fascinating source of information for many researchers since many species seem to sport a unique trait that highlights them in comparison to others. More data can be found in an article that was published in a scientific journal.