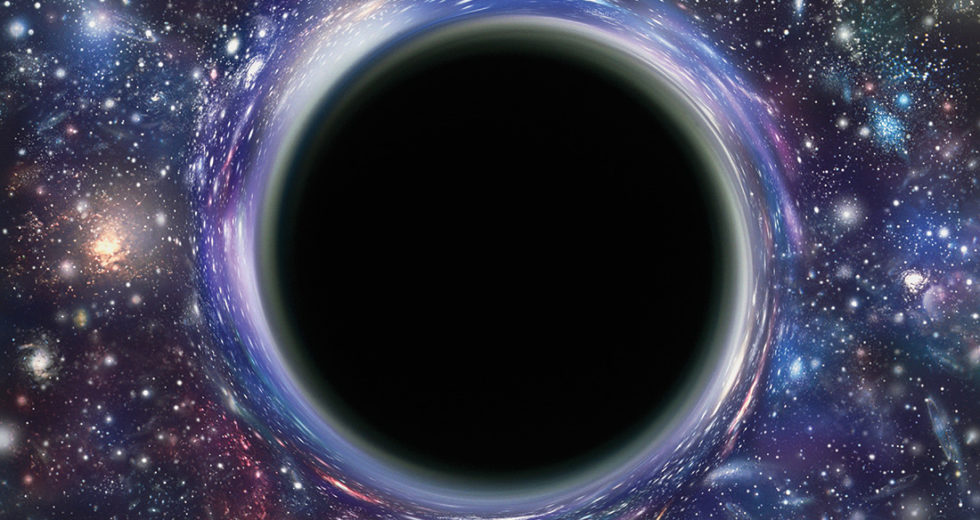 There’s a brand new study that’s based on data coming from ESA’s XMM-Newton and NASA’s Chandra X-ray observatories which is shedding new light on a three million light-year long bridge formed of hot gas that is connecting two galaxy clusters. Its shape is bent by the activity of an enormous black hole.

Galaxy clusters are the largest objects from the Universe that are held together by gravity. They include hundreds of thousands of galaxies and massive amounts of multi-million-degree gas that shines in X-rays. They also contain massive reservoirs of unseen dark matter as well.

This system is located 1.2 billion light-years from our planet and comprises an overall mass of over 260 trillion times the mass of the Sun, according to the reports released by the online publication mentioned above. 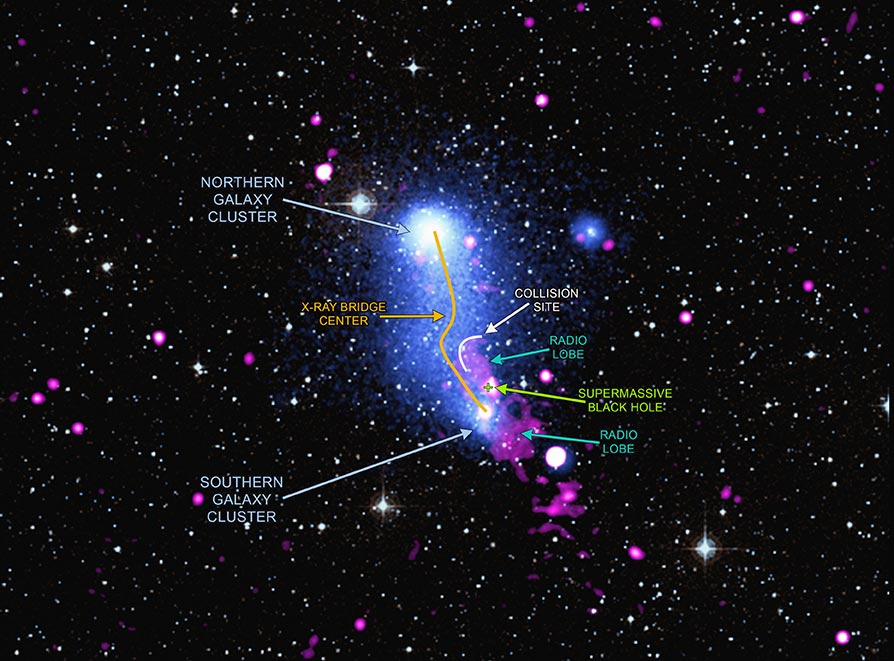 Two clusters collided and passed through each other

In this case, the two galaxy clusters collided and then passed through each other, releasing a flood of hot gas from each cluster that formed an unusual bridge between the two objects.

“The X-ray view from XMM-Newton and Chandra is shown in blue, alongside observations in radio waves performed with the Giant Metrewave Radio Telescope in India (shown in red) and optical data from the Digitized Sky Survey (shown in yellow),” they write.

Also another thing worth mentioning is that the new multi-wavelength view is revealing the effect of a jet shooting away from the black hole that’s located in the center of the galaxy on one of the clusters. 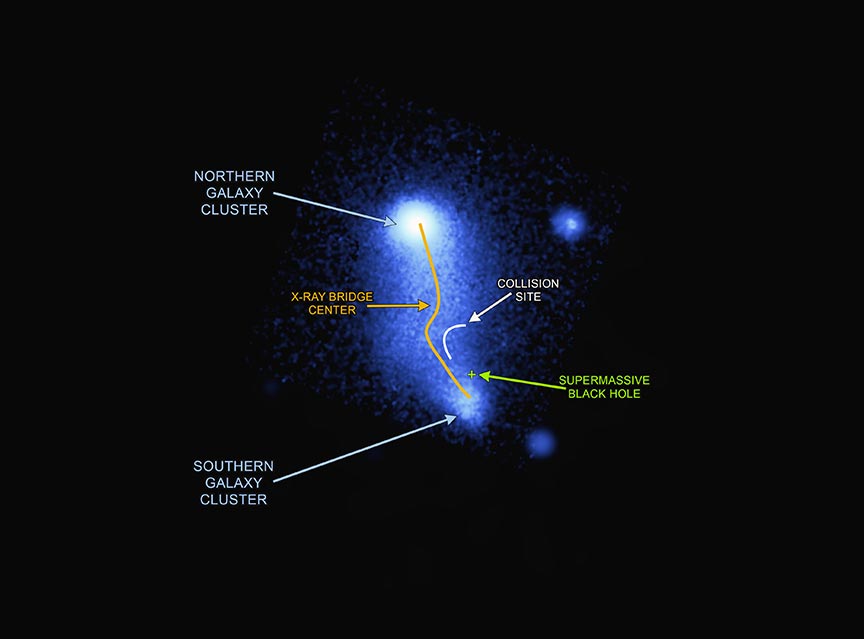 The jet mentioned above is reportedly so powerful that it has the ability to bend the shape of the gas bridge – this is pretty impressive considering that the gas bridge has a mass that is equivalent to about six trillion suns!

At the place of the collision where the jet pushes the hot gas in the bridge, experts have discovered evidence that there’s a shock front which is similar to a sonic boom coming from a supersonic aircraft – this can keep the gas hot and it also prevent it from cooling to form new stars.