Home Science Study: This Is the Biggest Flying Bird Ever 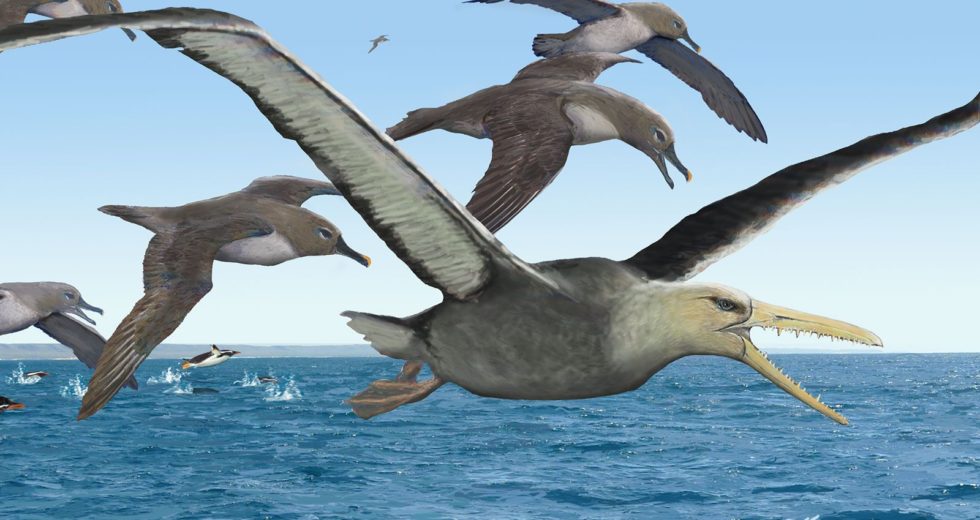 Back in the 1980s, researchers at the University of California Riverside went to Seymour Island, which is part of an island chain found in Antarctic Peninsula. They got a lot of fossils from there. They found a foot bone and a jaw bone of two historical birds.

These fossils sat in a museum at the University of California Berkeley for decades. Someone started studying them back in 2015 – a graduate student who made a lot of interesting discoveries. Peter Kloess has identified the bird as being pelagornithids. They were a group of predators which were walking the Earth’s southern oceans 60 million years ago. Their teeth were sharp, and they had long beaks – which helped them grab fish and squid from the ocean easily.

These birds were big. Their wingspans reached about 21 feet – that’s 6.4 meters. And the study found that they were the biggest of them all.

Using the fossils’ size and measurements, the researchers were able to estimate the rest of the individuals’ size. The bird with the foot bone is “the largest specimen known for the entire extinct group of pelagornithids,” while the bird with the jaw bone was likely “as big, if not bigger, than the largest known skeletons of the bony-toothed bird group.”

How old are these fossils?

By taking a look at the size and measurements of the fossils, researchers were able to think about the full size of the birds. It turns out that they are “the largest specimen known for the entire extinct group of pelagornithids. Their jaw bone was as big, if not bigger, than the largest known skeletons of the bony-toothed bird group. These Antarctic fossils … likely represent not only the largest flying birds of the Eocene but also some of the largest volant birds that ever lived.”

Kloess, together with his team of researchers, found out at the foot bone dates back 50 million years, and the jaw bone about 40 million years. It seems that the birds appeared in the Cenozoic Era after the asteroid struck Earth and killed almost all the dinosaurs.