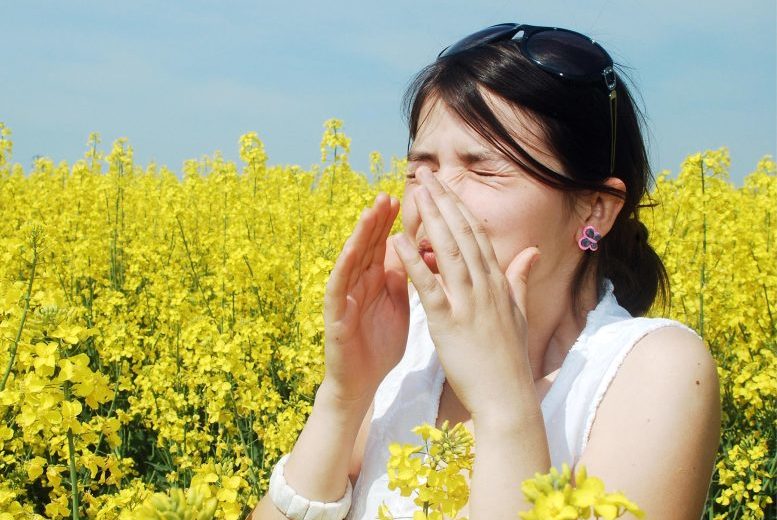 A new study from the UK has found that people with allergies may have a lower risk of contracting COVID-19!

The research featured a large number of adult people and seemingly determined that those who suffer from different allergic conditions such as rhinitis, hay fever, or atopic eczema were not as likely to get infected as those who do not.

Another finding was that, contrary to previous studies, things like being male, older or having underlying conditions is not linked to a higher risk of infection.

Thinks actually associated with a heightened risk, the study finds, are: indoor socialization with people from outside one’s household, household overcrowding, obesity, Asian ethnicity, as well as working in a people-facing field other than social and healthcare.

The researchers involved suggest that at least some risk factors for catching COVID might differ from those that predispose to severe illness and need for intensive care.

They also gathered some detailed data on risk factors amongst adult-aged UK citizens between May of last year and February of 2021 in order to explore this theory further and determine how much things like lifestyle, medical treatment, demographic, socioeconomic factors and underlying conditions actually contribute to the number of infections.

The participants in the study were asked to mention personal details such as age, job, lifestyle, household circumstances, height and weight, medical use, underlying health problems, diet, vaccination status and even supplement intake, just to cover all grounds.

They all relayed these details when first joining the study and then again in the months that followed.

With that being said, out of the 16,081 eligible participants, 15,227 completed one or more monthly questionnaires, while 14,348 completed the final one before February 5, when the study ended.

The participants’ average age was 59 and 70 percent of them were women.

Furthermore, 95 percent of them identified as Caucasian.

Nearly 3 percent of them, which amounts to 446 people, had at least one positive COVID-19 test during the study period, 32 of which needed hospitalization.

As mentioned before, the researchers tried to account for as many potentially influential factors as possible including: age, sex, ethnicity, testing frequency, education, household income, housing type, number of school-aged children in the household, number of individuals per bedroom, number of visits to places such as shops, socializing with other households, traveling for work or for study, alcohol intake, physical activity, allergies, BMI, vaccination status, fruit and vegetable consumption and many more!

Some factors seemed to stand out as potential direct causes of catching COVID.

With that being said, it was found that people of Asian or Asian-British ethnicity were more than twice as likely to become infected than the other participants.

Other factors linked to an increased risk of getting COVID were overcrowding households, the number of outdoor visits to public places, socializing with people outside one’s household, people-facing jobs other than health and social care, as well as obesity.

Basically, the more outside visits, the more likely people in the study seemed to be to get infected.

Interestingly enough, allergens-triggered diseases like eczema/dermatitis and hay fever/allergic rhinitis seemed to lower the odds of getting infected with COVID-19 by 23 percent!

Furthermore, those who suffered from asthma and atopic disease had even lower odds – by 38 percent!

This remained the case after factoring in the use of steroid inhalers as well.

Taking immunosuppressants was associated with 53 percent lower odds of infection as well.

However, it is important to note that this might actually just be a result of those patients taking better precautions to protect themselves from the virus.

Furthermore, since the study seemed to suggest that preexisting medical illnesses, sex, supplement use, diet, and age were not associated with infection risk, the researchers acknowledge that there might be some limitations to their discoveries.

After all, it is an observational study so it cannot establish cause.

The limitations include the lack of swab testing oversight and the reliance on routine testing results usually prompted by symptoms.

This most likely means that those infected but asymptomatic were not taken into account in the results since they never got tested.

Furthermore, since the participants volunteered themselves, there was a severe lack of representation, mainly of the Caribbean and African ethnicities.

Regardless of these oversights, the researchers conclude their study by saying: “This large, population based prospective-study shows that there is a limited overlap between risk factors for developing COVID-19 versus those for intensive care unit-admission and death, as reported in hospitalized cohorts.”