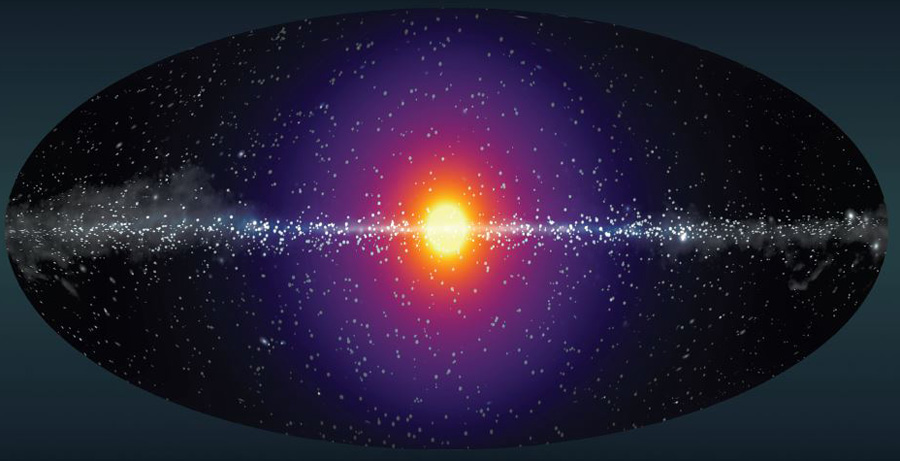 Since 2014 researchers have been puzzled by a bizarre X-ray signal which appears to come from nearby galaxies. A new study that sought to offer an answer for dilemma hasn’t managed to provide a complete solution, and the mystery will continue to persist.

One of the biggest questions is inspired by the faint radiation glow, which reaches 3.5.5 kiloelectronvolts (keV). The signal features are similar to the values anticipated for dark matter, an elusive substance that can be found across the universe.

Several scientists have debated the nature of the glow, with some arguing that it may signal the presence of a particle that is associated with dark matter. If such a theory could be verified, it could change many of the established rules related to astrophysics.

No Link Between the Strange X-ray Signal and Dark Matter

The team of researchers who conducted the study has developed a new method for the search of black matter around our galaxy. However, no data could prove that the X-ray can be linked to the presence of dark matter.

It is already known that dark matter can be found within the universe as the strange substance does exert a gravitational pull and cosmic objects, including significant galaxies. The detection process is complicated by the fact that dark matter does not emit light, which makes it almost impossible to spot, and very little is known about its properties.

Several models have attempted to explore the possible properties of dark matter, including the presence of a particle, which is known as the neutrino. A few voices theorize that these neutrinos, which are also known as sterile neutrinos, could decay similarly to radioactive particles that can be found on Earth.

The decay of the neutrinos may lead to the release of some light, but there is no conclusive proof at this point. A paper on the strange X-ray signal was published in Science.