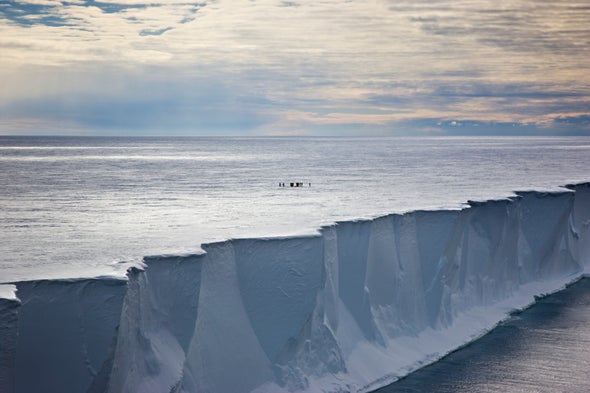 Asteroids hitting the Earth are rare and for several reasons. First of all, most of the big rocks that start hurtling through our Solar System crash into the Sun and Jupiter. Bigger space objects mean stronger gravity, and our planet is way smaller than the Sun and Jupiter. Many of the asteroids that enter our Earth’s atmosphere will get destroyed due to air friction, as those space rocks travel with tens of thousands of miles per hour.
Syfy.com writes about an asteroid that caused a blowtorch over Antarctica about a half million years ago. The space rock didn’t make a direct hit, but instead, it vaporized high above our planet’s surface and created a hot blowtorch of superhot gas.

Scientists found proof in an unexpected way: on top of a mountain from coastal America. Spheres of rock and iron small as human hair represent the proof of the ‘unwanted visitor’ from a half million years ago.
As CNN writes, a researcher associate known as Matthias van Ginneken from the University of Kent’s School of Physics Sciences managed to collect 17 dark black particles that are smaller than 1 millimetre. The scientist declared:

I first noticed that some of them looked like they had been stuck together, which would have had to have happened when they were molten. It would have meant lots of them interacting with each other when they were at a very high temperature. The only sensible way to explain this was a huge impact.

The new research was published recently in the journal Science Advances.