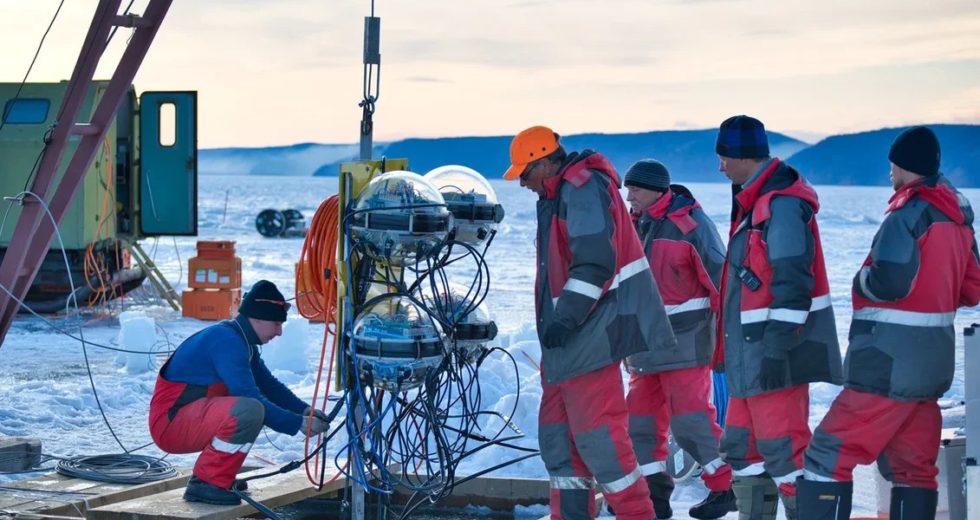 Although neutrinos are the smallest particles known, that doesn’t mean that scientists cannot detect them. Russian scientists have deployed a new fancy tool to uncover the secrets of the micro-universe: an underwater space telescope from Lake Baikal.

France24.com brought the exciting news of the new telescope being deployed, and the Russian astronomers even began to build it in 2015. The telescope was placed at a depth of 750-1,300 meters under the waters and also at around four kilometres from the lake’s shore. Neutrinos are extremely hard to detect, but looking from underwater represents one of the best chances humanity has.

Baikal-GVD is the name of the new underwater telescope that consists of strings with stainless steel modules and spherical glass attached to them. We’re talking about the largest neutrino detector from the Northern Hemisphere and Lake Baikal, and also the work of scientists from Russia, Germany, the Czech Republic, Poland, and Slovakia.

Bair Shoibonov from the Joint Institute for Nuclear Research declared for AFP, as cited by France24.com:

Of course, Lake Baikal is the only lake where you can deploy a neutrino telescope because of its depth.

Fresh water is also important, water clarity too. And the fact that there is ice cover for two-two and a half months is also very important.

Physicists call neutrinos ‘ghost particles’ for their unique ability to easily pass right through objects. Neutrinos belonging to nuclear reactions from the Sun pass through our bodies every single day.

Neutrinos were first formed in the first seconds after the Big Bang when not even atoms existed. Nuclear reactions from stars, as well as those from Earth, are still producing neutrinos. These subatomic particles come in three types or flavours: electron neutrino, muon neutrino, and tau neutrino.