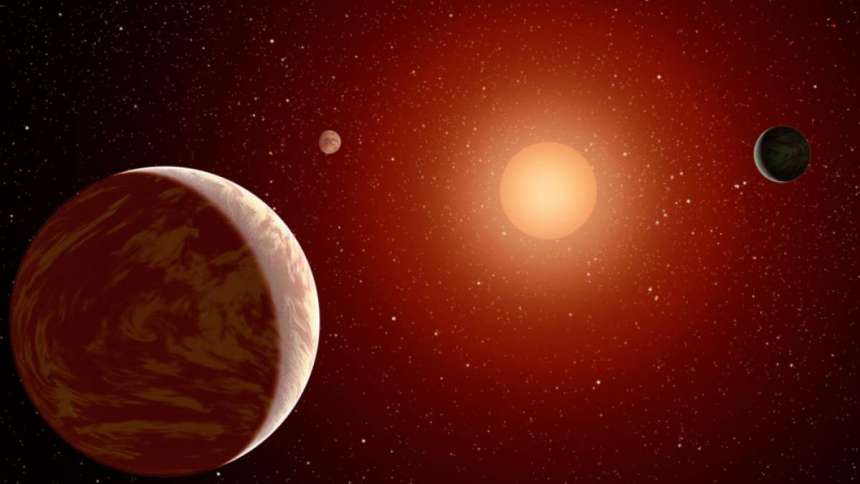 Red dwarfs are the most common type of stars in the Milky Way and it is believed that about 75% of our galaxy is composed of such celestial bodies. In addition, many exoplanets have been detected around red dwarfs and astronomers considered that red dwarfs are the best candidates for hosting exoplanet which could be home for extraterrestrial life forms.

The fact that these stars are stable, relatively cool (around 3,800 degrees Celsius), and that they live billions of years, makes it seem like they would be the perfect places to look for habitable exoplanets.

However, according to new research presented at the beginning of April at the European Space Science and Astronomy Week in Liverpool, red dwarfs could be much more inhospitable to life than previously thought.

To assess the risks to which an exoplanet located near a red dwarf is exposed to, a team of astronomers led by Eike Guenther, from the Thueringer Observatory in Germany, monitored a series of red dwarfs to observe their flares.

The astronomers managed to detect a great solar flare in the red dwarf AD Leo, which has a giant planet orbiting at a distance of approximately 300,000 kilometers.

In addition, AD Leo could have other planets of similar sizes to the Earth, orbiting farther away, in the habitable zone of the solar system.

The initial results showed that the giant planet was not affected by the powerful solar flare and that, contrary to what happens in similar solar events, such explosion was not accompanied by a CME (coronal mass ejection).

This is potentially good news for life on planets located farther from a red dwarf since it is believed that CMEs could destroy the atmosphere of smaller planets. In general, the team of astronomers believes that CMEs are generally less common in smaller stars.

On the other hand, X-ray radiation emitted by the solar flare of red dwarfs is dangerous. According to Guenther’s team, it would be able to traverse the atmosphere and reach the surface of an exoplanet like Earth. In such a scenario, it is likely that only the marine life could evolve.

While the scientific community is making great efforts to find an exoplanet like Earth that can host extraterrestrial life forms, if the data from Guenther’s research is correct, then the existence of a “second Earth” in the orbit of a red dwarf is very improbable.