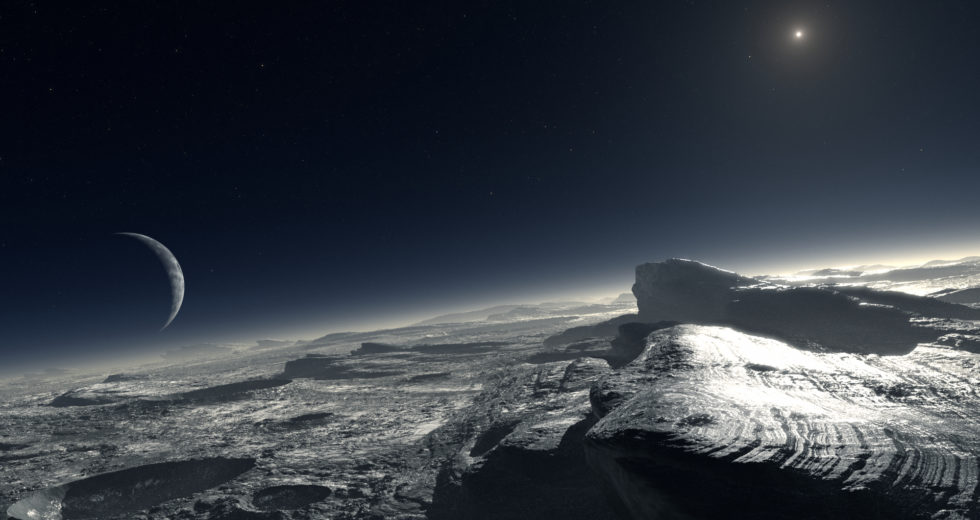 Something really strange has been just revealed about Pluto. Long story short, it seems that the mountains on Pluto are born in reverse!

And now, to explain this statement. The mountains on Pluto seem to have snowcaps that may have been formed from the top down as opposed to the bottom up. This is the reverse of how snowcaps are formed here on Earth.

A new study details how, when NASA’s New Horizons spacecraft flew by Pluto back in 2015, this unveiled a massively complex and diverse landscape.

Pluto’s frozen surface seems to vary a lot, and it features regions that are dominated by different kinds of ices – these are from frozen methane to frozen nitrogen and even water ice, according to the latest reports coming from Space.com.

“The bedrock of Pluto is made of water ice, but it is so cold that the ice is harder than rock,” study lead author Tanguy Bertrand, a planetary scientist at NASA Ames Research Center in Moffett Field, California, said.

He continued and explained that “The mountains on Pluto are made up of this cold hard water ice.” 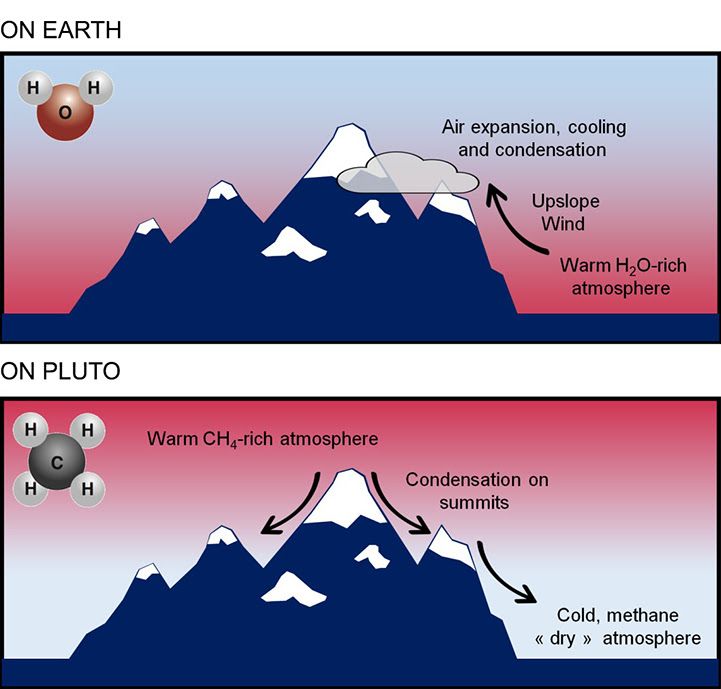 The website mentioned above also reveals that at the mountain chains Pigafetta Montes and Elcano Montes in Pluto’s dark equatorial Cthulhu region, experts have found some frosted peaks “strikingly resembling snowcapped mountain chains seen on Earth,” according to Bertrand. He continued and said:

“Such a landscape had never been observed elsewhere in the solar system.”

The online publication continues and explains how these mountains are forming backwards compared to earth, and we recommend that you head over to the original article and check out the complete details.

In other news, new studies based on data collected from Pluto have explored the potential existence of a subsurface ocean.

The theory was proposed before the 2015 flyby that provided the data, and it appears to be quite viable.