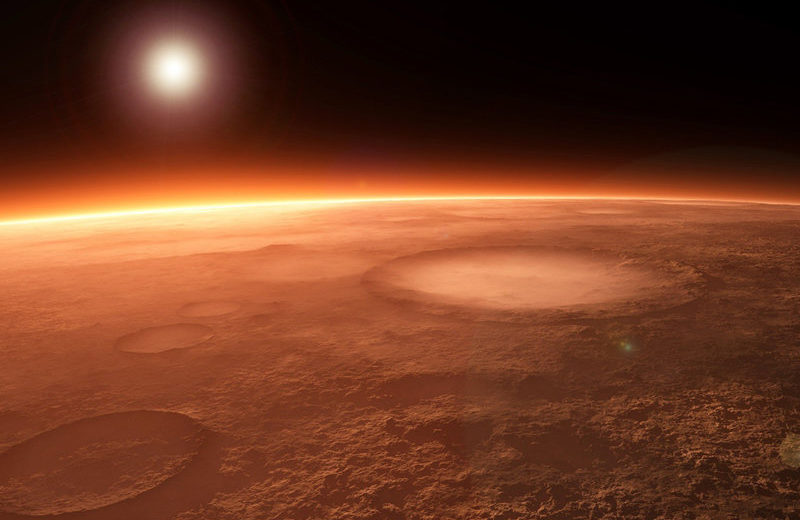 Even today, at more than four hundred years since Galileo Galilei first saw it by telescope, planet Mars continues to amaze the astronomers. The InSight lander (The Interior Exploration using Seismic Investigations, Geodesy and Heat Transport) was launched by NASA two years ago towards the Red Planet, with the purpose of studying the depths of the space object’s interior.
As Sky News reveals, NASA reported that InSight detected mysterious rumblings coming from the interior of Mars.

Mysterious energy may have caused the recent quakes on Mars

The Red Planet was recently jolted by Marsquakes, as we’ve written in a previous article. Scientists now have the hunch that the seismic activity was caused by a mysterious energy that came from the planet’s interior. The rumblings are believed to have their origin in the Martian location known as Cerberus Fossae.
The recent jolts from Mars were magnitude 3.3 and 3.1, respectively. These shakings also raised the suspicion that our neighbouring planet may be volcanically active.
NASA continues to take its ambition very seriously to learn as much about Mars as possible. The space agency plans to send humans there in the recent future, meaning that any information about the Red Planet could be crucial. NASA’s Perseverance rover has recently dropped off Ingenuity on Mars, a mini helicopter.

#MarsHelicopter touchdown confirmed! Its 293 million mile (471 million km) journey aboard @NASAPersevere ended with the final drop of 4 inches (10 cm) from the rover's belly to the surface of Mars today. Next milestone? Survive the night. https://t.co/TNCdXWcKWE pic.twitter.com/XaBiSNebua

Ingenuity will be lacking the power and heat that it was receiving from Perseverance. However, this doesn’t mean that the helicopter cannot do it all on its own. Ingenuity will be using its solar panels to draw energy from the Sun.
About 3.7 billion years ago, Mars was dominated by rivers and lakes, just like Earth. Scientists still hope to find some remnants of those ancient times and also traces of microbial life.