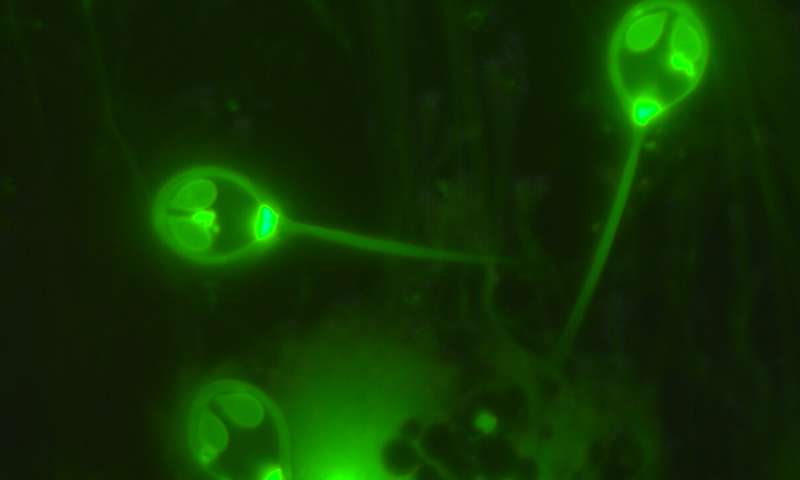 Evolution doesn’t necessarily mean growth or complexity. Sometimes, to evolve means to let go of the complex system achieved, and take it simple. It may sound like philosophy, but biology confirms that this can be the way.

The parasite was once a jellyfish that metabolized oxygen. In a bizarre process, it undid what 1.45 billion years ago became the life-supporting system: breathing. By devolving, Henneguya salminicola became a parasite that can live without oxygen. And that is not just surprising but also frightening. A parasite can do what no other form of life can.

This parasite can live without breathing oxygen

But life doesn’t listen to human theories. Life needs to live, and it will do so even if that means to devolve from a complex aerobic organism to an anaerobic one. Form a jellyfish to a parasite. And scientists don’t know exactly how can that be, or how does it work for the parasite.

An anaerobic organism or anaerobe is any organism that does not require oxygen for growth. It may react negatively or even die if free oxygen is present. In contrast, an aerobic organism is an organism that requires an oxygenated environment. Anaerobes may be unicellular or multicellular.

There are three categories of anaerobe. Obligate anaerobes, which are harmed by the presence of oxygen. Aerotolerant organisms, which cannot use oxygen for growth, but tolerate its presence. Facultative anaerobes, which can grow without oxygen but use oxygen if it is present. Life as we know it needs oxygen. This is what astronomers look for when they search for aliens and habitable places in space. Maybe they should change that. Maybe aliens don’t need what we need.