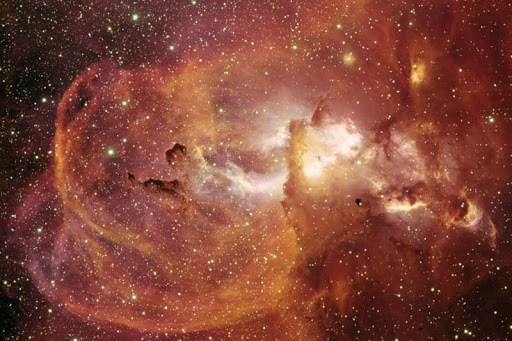 A team of astronomers has conducted a new survey that reveals valuable information about the mechanics behind the formation of stars. It is well-known that stars like the Sun form in regions were interstellar gas clouds are present. These clouds are quite interesting for researchers but are also hard to observe with tools that detect visible light. However, they can be studied with devices that can trace powerful radio wavelengths.

One of them is the Nobeyama 45-m Radio Telescope located in Japan. The team of researchers harnessed the telescope to examine a series of target regions and managed to elaborate a set of radio maps that showcase areas where stars are born.

For the project, the researchers examined three interstellar clouds: Orion A, Aquila Rift, and M17. In the case of Orion A, they also obtained information from the CARMA interferometer found in the United States. The combined data was used to create the most detailed map of the region in existence.

It is worth noting that the map sports an impressive resolution of 3,200 astronomical units. The scale of the details that can be perceived on the map is equal to 60 times the size of the Solar System. Previous attempts to generate such a map weren’t successful, even if some of the most potent hardware was used for the collection of data.

Some researchers theorize that it is essential to learn more data about star formation since it increases the chance to discover habitable solar systems and exoplanets where the conditions are similar to the ones which can be encountered on Earth.

Radio maps are also handy since they simplify the task of locating suitable stars by highlighting a large number of objects that can be found in a specific region. More data could be shared in the feature, and the current results have been published in a scientific journal.