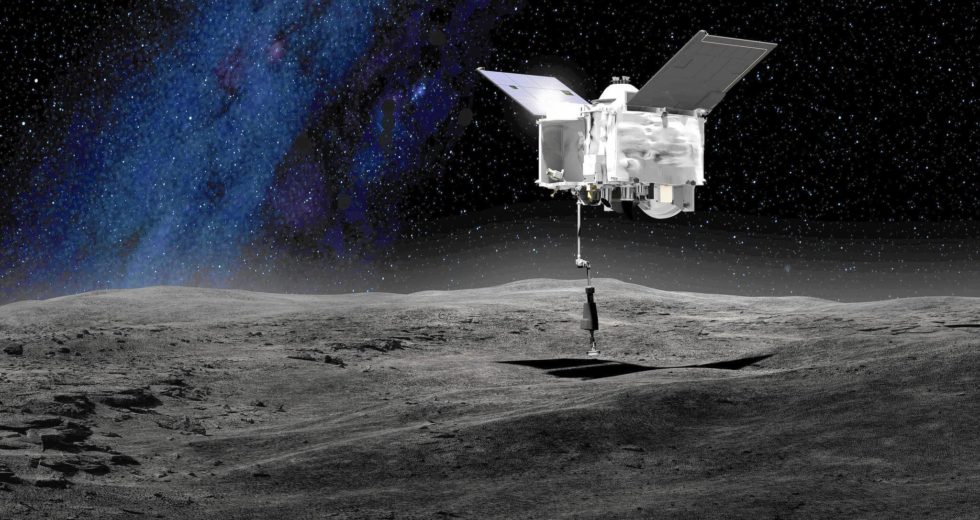 You’re probably aware of the fact that NASA has an orbiter that’s circling the asteroid Bennu that’s about 200 miles from our home planet. It’s been just reported that a live-streamed attempt to collect a sample from its surface will be made during the course of next week.

It’s been reported that the mission, which is called OSIRIS-REx (Origins, Spectral Interpretation, Resource Identification, Security-Regolith Explorer), has been created in order to help boost our understanding of asteroid impact risks. Another important target is to study how planets and life in the universe began.

Bennu’s surface was studied after a journey through deep space that latest two years, and the analysis was made by the orbiter.

The sample will be returned to Earth in 2023

If everything goes as planned, the craft will be landing on the asteroid and gather a 2.1-ounce sample that will be returned to our planet in 2023.

“Bennu contains material from the early solar system and may contain the molecular precursors to life and Earth’s oceans,” NASA’s announcement of the live stream detailed as cited by Teslarati.com.

NASA continued and explained that “The asteroid is about as tall as the Empire State Building and could potentially threaten Earth late in the next century, with a 1‐in‐2,700 chance of impacting our planet during one of its close approaches.”

All right. Time to get in the zone… On TAG day I need to collect at least 2 oz (60 grams) of Bennu’s surface material, but there’s a chance I could collect up to 4.4 lbs (2 kg) 😱 guess we’ll have to wait and see… it’s all part of the journey #ToBennuAndBack pic.twitter.com/c8EgYofjrA

Mark your calendars and join me and my team for the adventure on Oct 20. The live broadcast starts at 5:00 pm EDT and touch down is scheduled for 6:12 pm EDT.