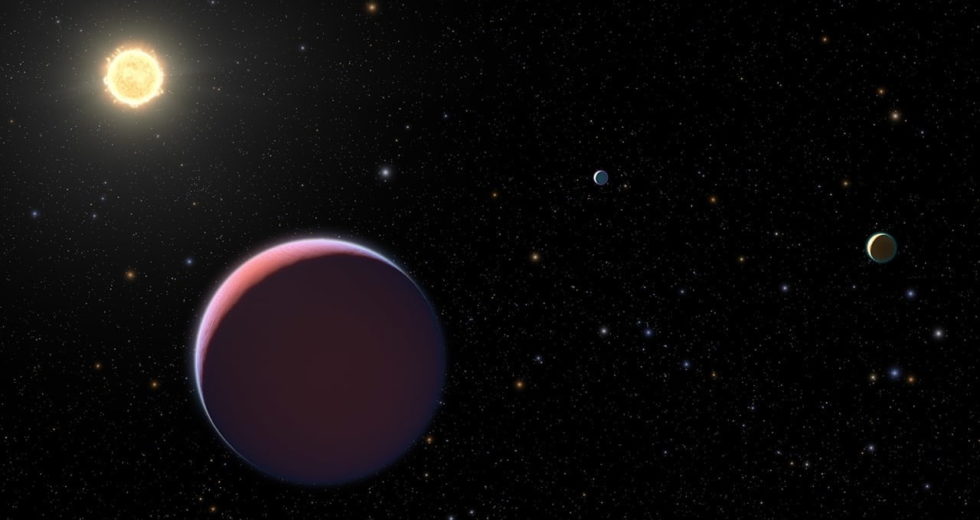 NASA has unveiled the existence of a new type of planet which could change our view of the universe. This new category of planets, which are thought to possess a significantly low density, has been titled “super-puffs.” NASA’s Kepler space telescoped identified three of them back in 2014. Approximately 15 have been discovered in our galaxy in total.

However, they weren’t classified as a new type of planet until now. This fact led to research by scientists from the University of Colorado Boulder. The planets are as massive as Jupiter, the biggest planet in our super system, but they possess 100 times less mass. Also, their density is estimated to be almost 0.1 grams/cubic centimeters of volume, resembling the one of candy floss.

Zachary Berta-Thompson, a co-author of the research, stated: “This is an extreme example of what’s so cool about exoplanets in general. They give us an opportunity to study worlds that are very different than ours, but they also place the planets in our own solar system into a larger context.”

Researchers tried to utilize Hubble’s infrared lens to examine the light moving through the planet’s atmosphere, a method used to observe what chemicals are present in the atmosphere. However, they didn’t expect the results. They didn’t notice any chemical signs. Dense clouds blocked the planets.

Moreover, such a thing led to doubt the planets could be encircled by methane or salt crystals, which would reveal the infrared light effect. In the Milky Way Titan, a moon of Saturn, the presence of methane is known.

Ms. Libby-Roberts, part of the research, detailed: “It definitely sent us scrambling to come up with what could be going on here. We expected to find water, but we couldn’t observe the signatures of any molecule.”