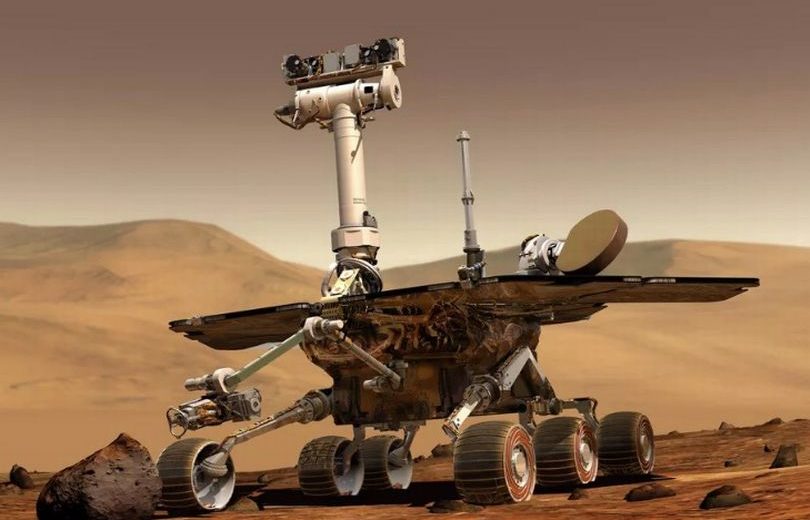 The NASA’s Opportunity Mars Rover was caught in the middle of a massive Mars dust storm which forced the rover to halt all its operations except communications. Just yesterday, NASA announced that Opportunity sent a radio transmission with the latest details about the storm and its equipment. However, a NASA press conference has been scheduled for today, at 1:30 PM EDT, to reveal the latest details about the most massive dust storm on Mars ever observed.

As we speak, NASA’s Curiosity Rover, situated outside the large storm, on the other side of the planet, is keeping the engineer updated with as much information as possible regarding the storm.

Luckily, a nuclear reactor is powering Curiosity. Therefore, it would be able to keep its operations and equipment up and running if the storm will get in its position. On the other hand, Curiosity is running on solar power. Thus, this giant dust storm on Mars represents a danger to it.

The situation is gloomy for Opportunity Mars Rover, to say at least. Thus, NASA can very well announce the “death” of the Curiosity rover, news which shouldn’t come as a surprise, considering that the older Spirit Mars rover has ended up in the same way, in 2010.

Hopefully, NASA will only present a list with the methods the agency will try to apply to save the rover. In the end, we will find the truth during the NASA press conference scheduled for today, at 1:30 PM EDT.