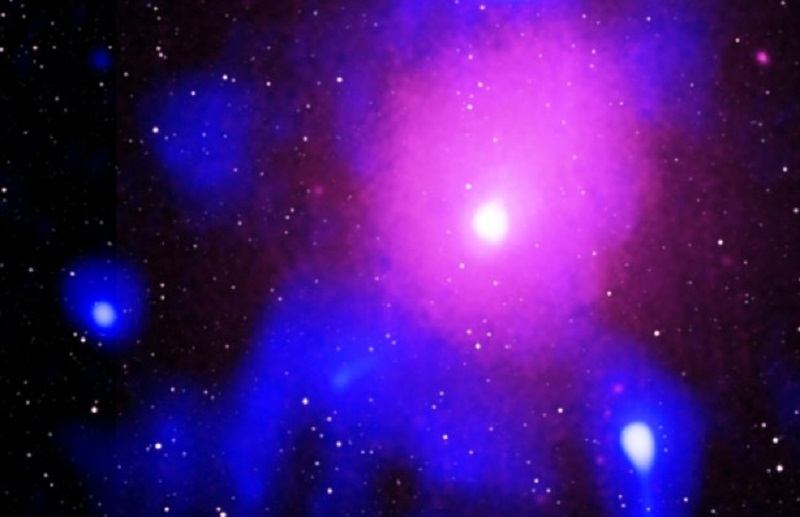 The word known plays a big role in the sentence. We can only make accurate observations about what happens in the Universe from less than a second ago if were to compare the time we’ve been doing it with the Universe’s age. That makes the explosion in the Ophiuchus Supercluster the most massive one observed since the Big Bang.

Who knows if the Big Bang was even bigger than this one? We didn’t witness the Big Bang. We presume it existed and that it was more powerful. There is nothing that can we can compare this explosion with. We can call this explosion the biggest since the Big Bang. Until we see something, there is no conscience to attest to its existence.

On the contrary, if there is a conscience to attest that something might exist, that thing starts existing even if nobody can see it. It is the case with a lot of astronomical theories such as the Big Bang or the dark matter. No one saw them, but they exist because we believe they exist.

Hawking’s radiations were long debated also. He contradicted Einstein’s theory by saying that black holes aren’t hermetic like Einstein predicted, but that they emit radiation. In an enormous amount of time, these radiations deflate the black hole making it evaporate.

The event in the Ophiuchus Supercluster is presumably a black hole’s explosion. Because it seems that black holes sometimes have enough with cleaning the Universe and hold it inside, and they expel jets of the cosmic material they accumulated.

The picture of it looks like a drawing of splashed pink and blue colors on a black withe-spotted background. The bigger white spots are the galaxies from the Ophiuchus Supercluster. The story is this: 390 million lightyears away, 270 million solar masses ejected from a nearby supermassive black hole have caused a 100 million light-year wide cavity in the Ophiuchus Supercluster.