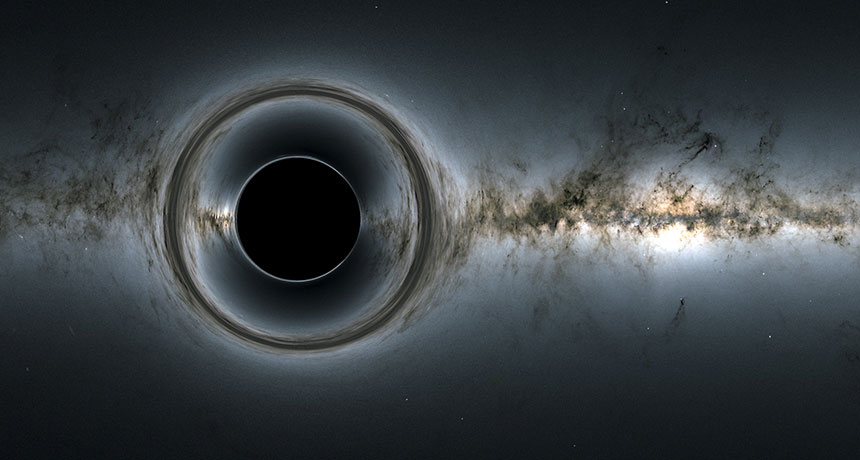 Scientists are astonished by discovering that when the Universe was even less than 10 percent of its current age, black holes were present and doing their thing. This contradicts the usual models, as those cosmic monsters were supermassive, having masses millions to billions of times bigger than that of the Sun.

ScienceAlert.com brings the news about the new scientific conundrum. Judging by the time consumed since the Big Bang, the black holes in question shouldn’t normally be so huge as they are, puzzling the astronomers. But this didn’t stop them from coming up with a new theory.

Dark matter could have created the supermassive black holes

New scientific research proposes a mind-boggling theory: dark matter, the mysterious form of matter that nobody knows exactly what it is, is the culprit for the existence of the supermassive black holes from the early Universe.

Hai-Bo Yu, a physicist and astronomer from the University of California Riverside, said while cited by ScienceAlert.com:

We can think of two reasons [why the early Universe black holes are so massive],

The seed – or ‘baby’ – black hole is either much more massive, or it grows much faster than we thought, or both. The question that then arises is what are the physical mechanisms for producing a massive enough seed black hole or achieving a fast enough growth rate?

Dark matter is vital for the formation of galaxies, and one model for the creation of SBHs (supermassive black holes) is the collapse of a dense cloud of gas. The scientists wondered if there is another contribution.

Coming up with a scientific theory explaining what could have created dark matter is perhaps the next challenge in astrophysics.

The new research was published in The Astrophysical Journal Letters.