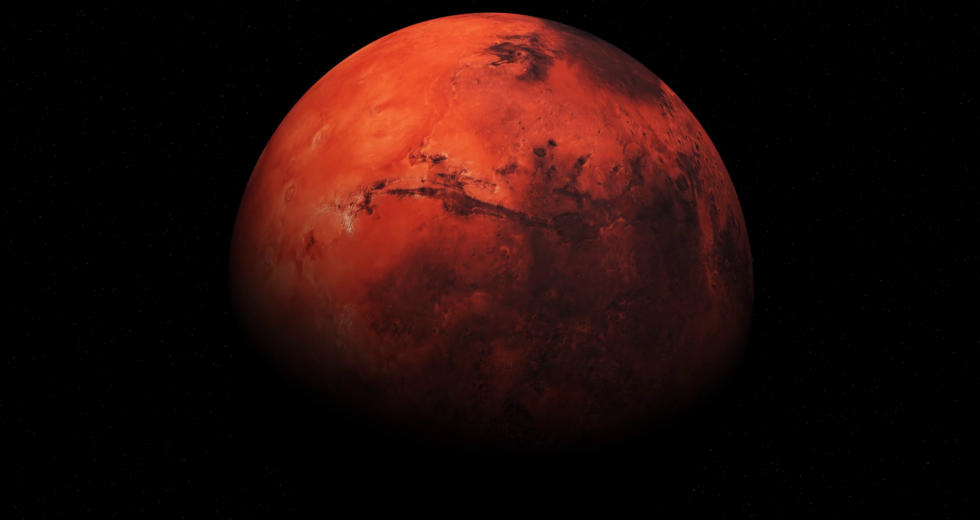 For many decades, astronomers and astrophysicists had been trying to find out if there is water on Mars. Our neighbouring planet has too many characteristics similar to Earth. Both planets are solid; they’re placed in the ‘Goldilocks Zone’ of the Solar System (where it’s just about the right temperature for life to form); they have similar gravity, and so on. Therefore, why wouldn’t there be a significant amount of water on Mars as there is on Earth?

Gizmodo.com brings the shocking news that a new research paper co-authored by Caltech graduate student Eva Scheller offers an entirely new perspective of the Red Planet: Mars is flooded with water, only that there’s apparently no way of directly seeing it.

Large amounts of water are hidden below the Martian crust

Scientists know that about 3.7 billion years ago, a significant part of Mars’ surface was covered in water, just like it happens today with Earth. The new theory claims that the huge amounts of Martian water from today are hidden inside minerals that are buried below the Red Planet’s crust. The study also says that anywhere between 30% and 99% of the original water from our neighbouring planet has been retained. To come with the wild theory, researchers used data from NASA’s Planetary Data System that was gathered by satellites, telescopes, and rovers. Scientists reconstructed historical water volumes as they studied the chemical composition of the Red Planet’s atmosphere and crust.

Astronomers previously said that the numerous rivers and lakes from ancient Mars leaked out into space, but the observed ratio of deuterium to hydrogen (D/H) creates a conundrum. Very few hydrogen atoms are known as deuterium (about 0.02%), meaning that they are from the “heavy hydrogen” group. As for usual hydrogen, it can easily raise beyond the low Martian gravity and all the way into space. Deuterium won’t act in the same way, meaning that the Red Planet should exhibit an extra amount of deuterium.

The problem is that the currently observed rate of atmospheric water leakage is showing itself to be too low. The process cannot exclusively account for all of the water loss via Mars’ atmosphere.

The new study claims that besides the water leakage through the atmosphere, a good part of the ancient water from the Red Planet became trapped in minerals that are placed beneath the planet’s crust. These two phenomenons can explain the missing water and the D/H ratio.

Michael Meyer, a lead scientist for NASA’s Mars Exploration Program and who’s not involved in the new research, declared:

The hydrated materials on our own planet are being continually recycled through plate tectonics.

Because we have measurements from multiple spacecraft, we can see that Mars doesn’t recycle, and so water is now locked up in the crust or been lost to space.

Kevin Olsen from the University of Oxford and who’s not involved in the new study, explained in an email the following, as being cited by Gizmodo:

Our basis for [making inferences] about the ancient climate of Mars comes from comparison with Earth, and one aspect of the evolution of Mars that differs from Earth is the silencing of its volcanoes, the largest in the solar system.

By modelling how large the exchange is between water reservoirs near the surface and those in the rocky crust, they have opened up many plausible scenarios where Mars was once much wetter but turned out the way we see it today.

The new research was published in Science.