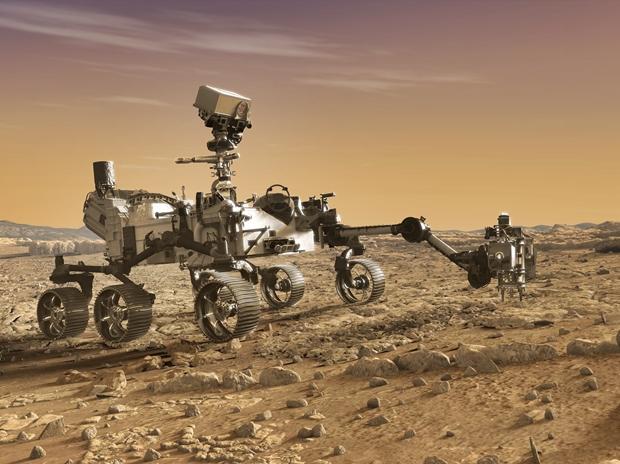 You probably are already aware of the fact that NASA’s newest interplanetary robot is about to attempt a mind-blowing event and we’re talking about landing on Mars.

The Perseverance rover could very well reach Martian ground in one piece, and it will be exploring an ancient lake bed that’s called Jezero Crater.

Also, when the crater was filled with liquid water billions of years ago, experts believe that it could have nurtured microbial life there.

Business Insider also noted that Perseverance would be scanning rocks and mineral deposits in the area for some hints of that potential ancient life we were talking about earlier.

The rover will gather and store some rock samples for a future mission in order to bring them back to our home planet.

It’s important to note that the rover also carried a small helicopter that is expected to conduct the very first drone flights on another planet.

Only half the spacecraft that humanity has ever tried to mand on Mars has succeeded so far.

NASA obviously wants to beat the odds, and the agency managed to tuck Perseverance inside a protective capsule, and they equipped it with a supersonic parachute and a jetpack as well – this is to slow down its fall.

The online publication mentioned above notes that “on February 18, the rover and its landing apparatus will have to perfectly execute a series of complex manoeuvres to finish a 12,000-mph plummet with a gentle touchdown. The whole thing must happen in a brief time period engineers call the “seven minutes of terror.”

Animation of the rover landing

This is how the Mars landing will work, if everything goes right (turn sound on for the full effect):

This triggered massive excitement in the scientific community.