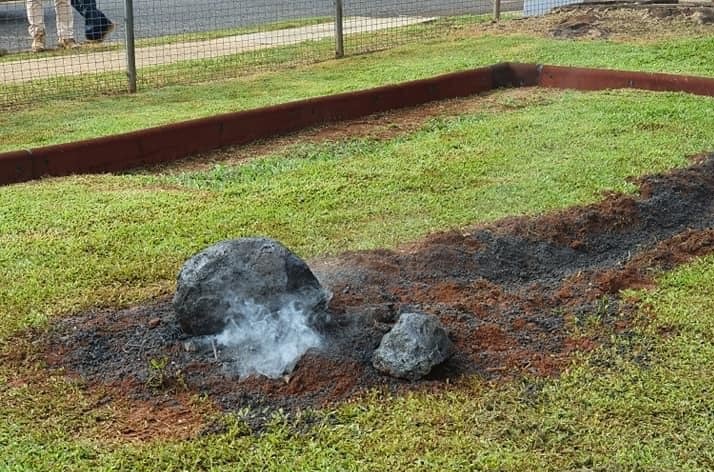 You don’t see meteorites landing in school playgrounds every day, as most of the space rocks that enter the Earth’s atmosphere get completely shattered due to air friction. However, the playground of a school from Far North Queensland (Australia) is the place that made a lot of people speculate.

According to RT.com, NASA was called in to investigate the case of a meteorite that had allegedly landed in the afore-mentioned playground.

We have had all sorts of inquiries from all around the world.

The meteorite was only part of a school project

The exercise was a load of fun for the young students, as they had to report the meteorite crash, and also interview witnesses and emergency services that were present at the scene. Someone even decided to bring the case to NASA.

The local police loved to get involved for the school and the kids to make it more realistic,

This is a small town, they didn’t expect it [the school project] to go viral.

A space object qualifies as a meteorite only if it hits the surface of a planet or moon, surviving the air friction. A meteorite is also a solid piece of debris belonging to a comet, asteroid, or meteoroid.

When the original object enters the atmosphere of a planet, it starts to heat up and radiate energy due to factors like friction, pressure, and also chemical interactions with the atmospheric gases. The result is a meteor that forms a fireball, which is also known as a shooting star or falling star.