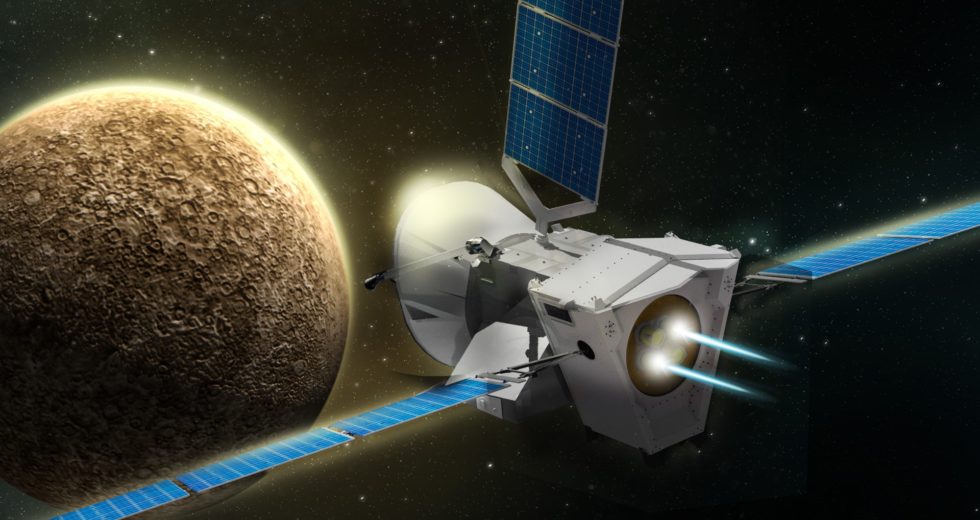 BepiColombo was launched on October 20, 2018, on an 8.5 billion kilometers trip to the marginalized planet Mercury. Flying to Mercury isn’t a straight trajectory, and this is why, on April 10, BepiColombo will make a fly-by past Earth. Until December 2025, the date when BepiColombo is expected to reach its destination into Mercury’s orbit will make two fly-bys of Venus and six flybys of Mercury.

BepiColombo is the result of two joined agencies, the European Space Agency (ESA) and the Japan Aerospace Exploration Agency (JAXA), and of the efforts of five countries. It is a two-satellites mission, the Mercury Planetary Orbiter (MPO), and Mercury Magnetospheric Orbiter (MMO, aka Mio). The mission is estimated at US$2 billion.

Airbus Defence and Space contracted the mission. The design, development, tests, and launch were all Airbus’ responsibility, and the event on April 10 “marks a great achievement and major milestone for Airbus,” as Philippe Pham, Head of Earth Observation, Navigation and Science said.

If the mission ends well, and BepiColombo gets the right speed for Mercury’s gravity to capture it, it will stay there for a year. The extension of the mission is also an option. It should be, given the complexity of the mission.

Mercury’s origin, evolution form, interior, structure, geology, composition, craters, exosphere, magnetosphere, and magnetic field roots. That’s plenty. Not to mention the physics foundation stone: Einstein’s theory of general relativity. Yeah, BepiColombo must check if it applies to Mercury’s gamma and beta radiations too. That is always a severe trial, to have to doubt physics’ most beautiful theory. What if you do it? What if it is you the one to smash that miracle corolla?

In Japan, BepiColombo is a manga star, thus an artwork topic. Masayuki Ishikawa, a manga artist, created a featuring between a well-known manga character and the BepiColombo spacecraft.