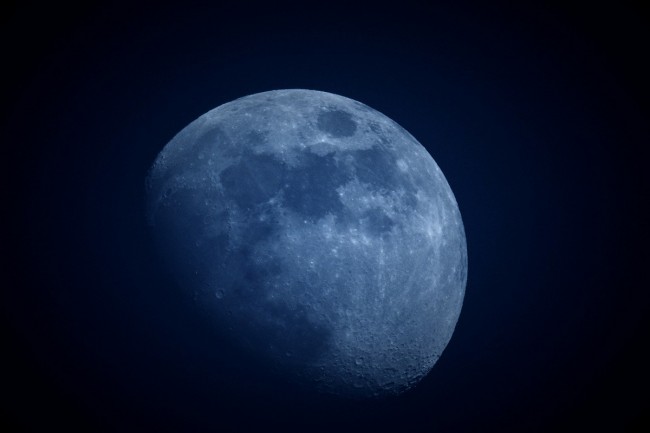 The presence of frozen water beneath the surface of the Moon could boost the viability of future lunar colonies. NASA even crashed a spacecraft on the Moon’s surface only to see if there was water. Consequently, the recent discovery of a mineral, moganite, that only forms in the presence of water, in a lunar meteorite could be the most reliable evidence that there is water on the Moon.

However, there is still much speculation about the conditions under which the mineral formed.

In a study of 13 lunar meteorites found in northwest Africa, Dr. Masahiro Kayama of Tohoku University, Japan, detected moganite, a form of silicon dioxide that only forms in the presence of alkaline water.

The fact that of 13 samples, only one (labeled NWA 2727) contains evidence of water indicates that the lunar subsurface is probably dry. However, that is not surprising. We do not need vast frozen oceans if we are to establish space colonies, only sufficient water pockets to meet the needs of a small population.

Several lines of evidence indicate that it is very unlikely that the NWA 2727 moganite formed after the meteorite has reached Earth.

Consequently, Kayama and his colleagues explain that the moganite was probably produced near the surface of the Moon from the ice contributed by carbonaceous asteroids, which also carried minerals that make the accompanying water to become alkaline.

When the warm sunlight melted the ice, the of silica particles precipitated. However, Kayama estimates that more than 0.6 percent of the Moon’s subsurface is formed by frozen water.

The Moon Crater Observation and Detection Satellite revealed evidence of frozen water near the poles, where the Sun’s heat is less likely to transform it into gas and evaporate it.

However, the recent study concludes that the estimated concentration of water on the Moon, based on the moganite mineral found in a lunar meteorite, is consistent.