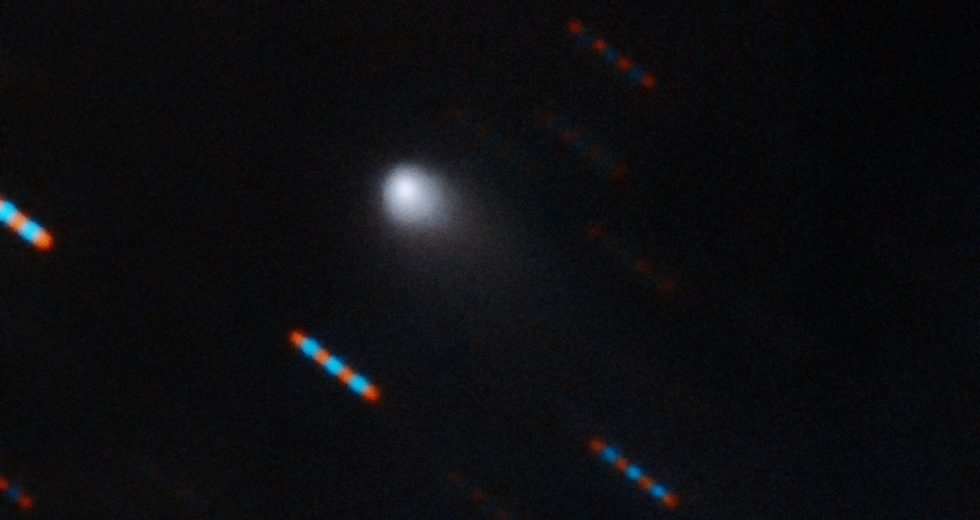 Comet Borisov is Earth’s second interstellar comet. Research showed how distinct yet odd the space object is. Astronomers were particularly fortunate with the comet observations until new studies proved them otherwise. Space telescopes ALMA and Hubble were directed at Borisov back in December 2019, and again in January this year. Astronomers have seen how the comet flew through our corner of space, outside the orbit of Mars.

As it approached, Borisov heated up, causing it to dismiss some gases. Such an insight offered researchers with ALMA and Hubble an opportunity to examine various wavelengths of light transmitted by the comet. They also could determine what gases it comprises. But, what did researchers spotted this time? How could Borisov be so odd?

Recent studies looked inside the comet from outside Earth’s solar system. It was more than astronomers expected. The studies show comet Borisov is abundant in carbon monoxide. It’s not that odd to spot carbon monoxide in a comet. However, ALMA and Hubble detected at Borisov some levels off the charts. It is almost three times higher than comets from Earth’s solar system.

Carbon monoxide usually freezes at very cold temperatures. Scientists explained that it formed most likely at the dark, outer parts of a distant star system before becoming our visitor. A giant planet might have kicked comet Borisov, launching it into the depths of the Universe. From there, it flew, extremely cold and alone, for millions of years until fate and physics dragged it close to the Sun. Then, it was finally heated up and brought to life.

Recent images of the interstellar comet displayed it is cracking apart. Even a small fragment was discharged into space. Hubble should capture Comet Borisov next year. But ALMA, being a ground-based telescope, will probably lose sight of it in the following months, letting scientists wonder what’s Borisov’s true nature after all.