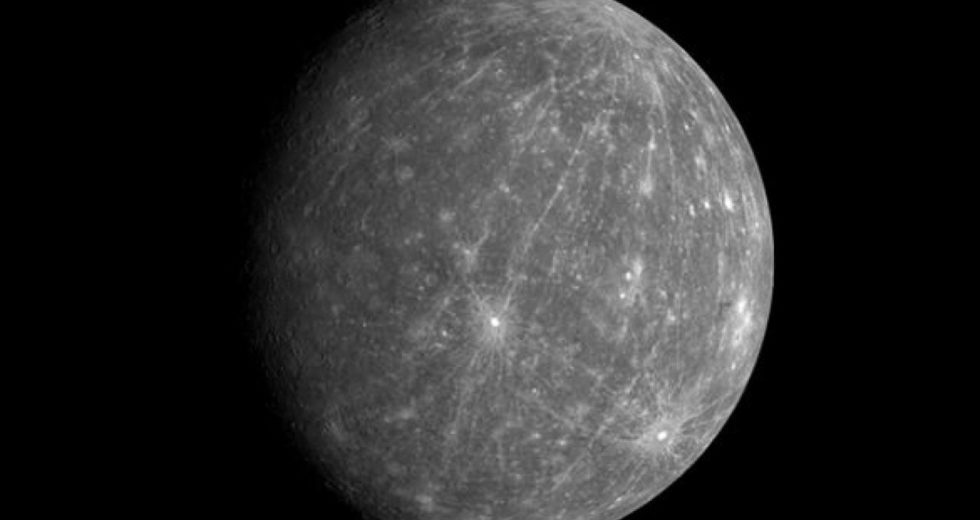 How can it be?

Being so close to the Sun, no all of Mercury’s surface gets the chance to face the Sun. More specifically, its poles. They are called permanently shadowed regions. It resembles the Moon for that matter.

What’s more, the difference in temperatures from daytime to nighttime is quite impressive. They get from 430 °Celsius to –180 °C. This means that those regions that never see the daylight are frozen in time and in forever freezing temperatures. That’s logical.

How ice produces on Mercury

There are two premises. First would be that the asteroids, comets, and meteorites put it there. When they collided over the billions of years since Mercury exists, they left traces of ice there.

The second premise belongs to the researchers from the Georgia Institute of Technology. It isn’t anything new, they say, but rather bizarre. It’s called recombinative desorption. Desorption is a kind of a sweating process where an absorbing surface separating two fluids lets one of the fluids get to the other.

As it will never see the sunlight, the ice on Mercury will never melt

The surface of the planet releases substances, in Mercury’s ice case, it continuously perspires water. But Mercury has no atmosphere, so the particles of water are wandering across the planet’s environment. When the particles reach the permanently shadowed regions, they transform into ice for good.