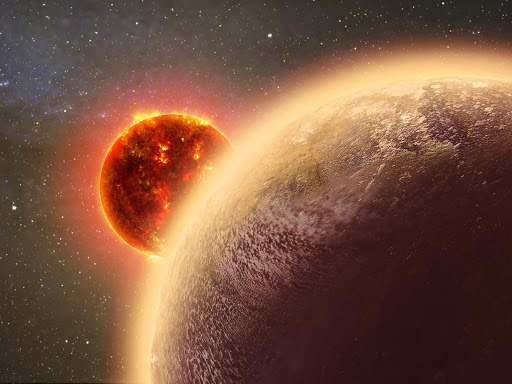 Scientists estimate that our galaxy must be teeming with Earth-sized and rocky exoplanets, which means that there’s also a chance for some of them to be habitable. There are many more factors that can make a planet capable of hosting any life forms: the presence of liquid water, enough oxygen in the atmosphere, the right gravity, and so on.

As for the GJ 1132 b exoplanet located ‘only’ 41 light-years away, it doesn’t show too many signs of being habitable. But that doesn’t mean that the object cannot represent a good attraction for scientists.

As phys.org reveals, the GJ 1132 b exoplanet features a smoggy and hazy atmosphere made of hydrogen, methane, and hydrogen cyanide. This combination is toxic, and it cannot create a suitable environment for life as we know it. Astronomers used data from the Hubble Space Telescope to find clues that the original atmosphere of GJ 1132 b was different. The radiation from a nearby parent star likely caused the eradication of the first atmosphere of the exoplanet.

Molten lava from beneath the planet’s surface rising up through volcanic holes is likely the culprit for the formation of the ‘secondary atmosphere.’ Study co-author Raissa Estrela from the Jet Propulsion Laboratory (JPL) of NASA from Southern California declared:

It’s super exciting because we believe the atmosphere that we see now was regenerated, so it could be a secondary atmosphere.

We first thought that these highly irradiated planets could be pretty boring because we believed that they lost their atmospheres. But we looked at existing observations of this planet with Hubble and said, ‘Oh no, there is an atmosphere there.’

The team’s new findings will be published soon in The Astronomical Journal.