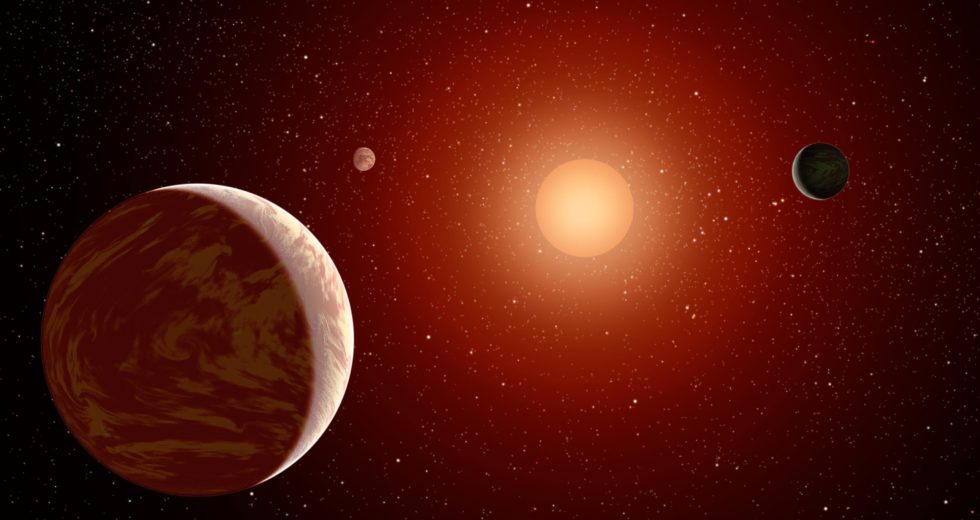 Should we pack our stuff? Astronomers found a new exoplanet that can support human life. Are you scared of nuclear and chemical warfare, terrorists, rapists, murderers, wild animals, politicians, or mothers-in-law? Do you hate Mark Zuckerberg, Justin Beiber, and Donald Trump, and you want to run as far from them as you can?

All these problems can be solved if we somehow manage to colonize one habitable exoplanet that orbits around a red dwarf star named Gliese 1061.

It’s not too far away, only 12 light-years from Earth, but let’s hope that in the near future we will be able to develop some fancy and fast technological stuff to get there.

The star has three rocky planets that are 1.4 to 1.8 times the mass of the Earth, and each of them orbits their star every three to thirteen days.

Astronomers Found One Habitable Exoplanet That Humans Can Colonize

But we are only interested in planet d, which it exists in the habitable zone of its solar system, meaning that it’s just at the right temperature in order for liquid water to form. Therefore a planet with liquid water has big chances to sustain life.

The planets were found using the radial velocity method, meaning that astronomers were waiting for a minimum change in the light or movement of the star, which occurs when a planet is passing by. The new findings were submitted to the journal Monthly Notices of the Royal Astronomical Society, and astronomers are optimistic about the chances humanity has to find a planet that it can colonize without any doubt.

And after all, the red dwarf Gliese 1061 is in the neighborhood of our own solar system. So we humans could get there in the future if we would invest more in space exploration and less in useless stuff like political or religious propaganda. Let’s just hope that on planet d we wouldn’t meet some alien green version of Justin Bieber.