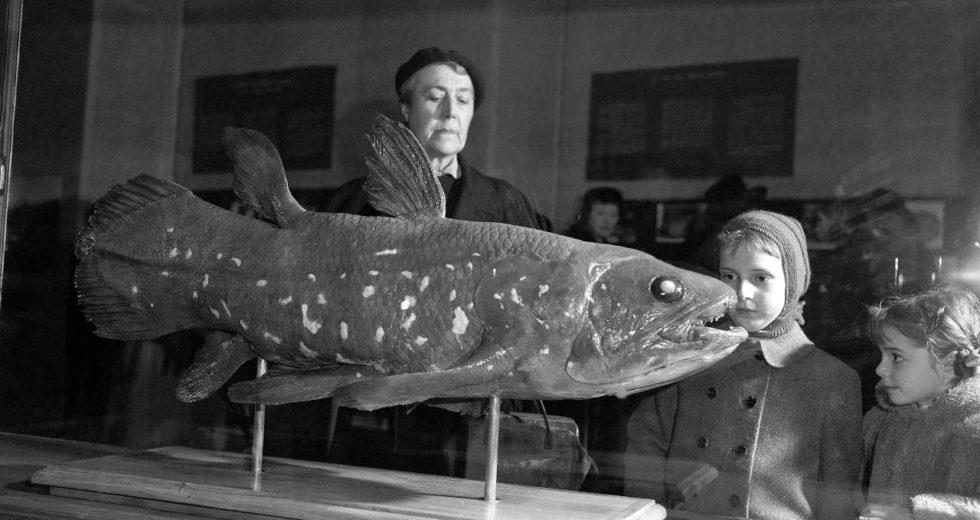 As some scientists are looking for ways of prolonging life expectancy in humans, maybe some marine creatures could help them out with a hint or two. The giant coelacanth fish has always been a conundrum for scientists, and according to a new study, it baffles the minds of researchers through its lifespan: about 100 years.

The marine creatures are the size of humans, and they appeared during the age of the dinosaurs. The news of the fish’s amazing lifespan comes from FirstPost.com.

Initially, scientists believed that the giant fish can live for only 20 years. But French scientists have now applied a technique for dating commercial fish, calculating that the marine creatures can live for almost a century. Researchers also believed in the past that coelacanths were extinct, but some specimens were found alive almost a hundred years ago in South Africa. 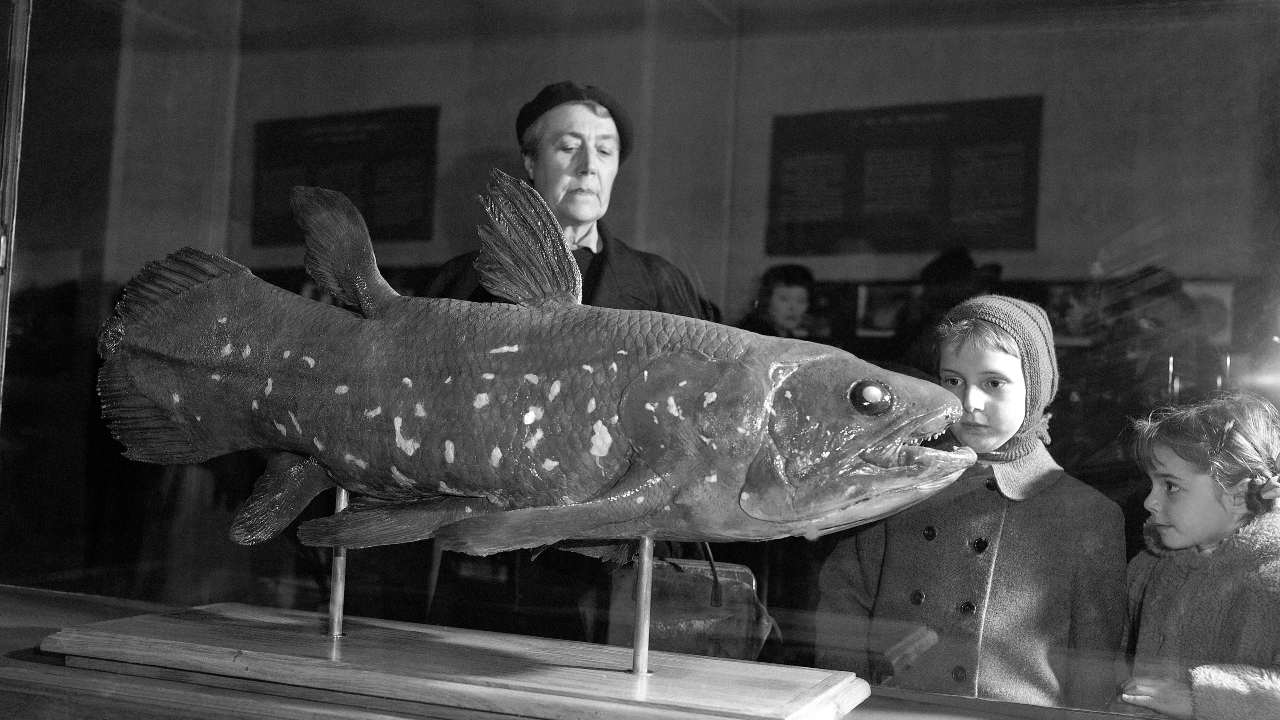 Above there’s a photo from 1954 showing visitors of the Natural History Museum from Paris an exhibit of the coelacanth. Credit for the image: AP Photo/Pierre Godot

Females do not become sexually mature until they’re aged 50 and beyond, while males will mature sexually after they’re at least 40 years old and less than 69. Researchers even believe that fish gestation in the case of the huge marine creatures can last for about five years.

The new study was published in Current Biology.