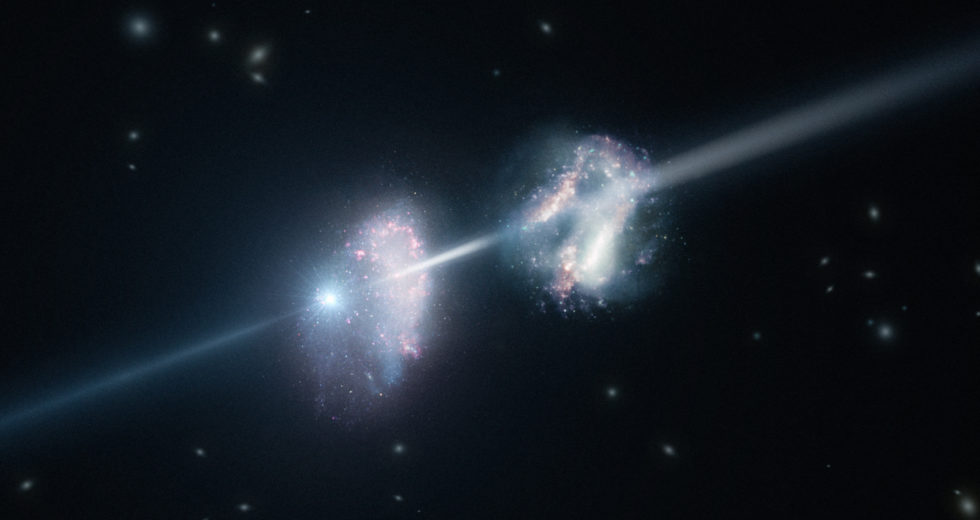 There are too few star-forming galaxies known, and scientists try to find out as more as possible about them, according to Phys. One of the reasons they study star-forming galaxies is they believe that those galaxies are fountains of cosmic rays that interact with the interstellar medium and create gamma radiation.

As research for possible gamma-ray emission from galaxies in the IRAS Revised Bright Galaxies Sample, astronomers from Nanjing University in China managed to detect gamma radiation from Messier 33 and Arp 299. This confirms there is a correlation between the gamma-ray luminosity and the total infrared luminosity for star-forming galaxies.

Messier 33, spoiled M33, is also known as the Triangulum Galaxy. It is a spiral galaxy from the constellation Triangulum. It emits gamma-rays from 2.73 million light-years from Earth. It might be a satellite of the Andromeda Galaxy, but scientists aren’t sure yet. There is a gravitational connection between the two, and they might keep each other company for another reason, but M33 being Andromeda’s satellite is a fair presumption.

Arp 299 is a pair of colliding galaxies from the constellation Ursa Major that seem to be involved in a deeper state of a relationship. Their interaction gave birth to young, powerful starburst regions, that consume the available interstellar gas supply.

The gamma radiation detected form Arp 200 has a flux variability that astronomers blame on the obscured active galactic nuclei. The active galactic core is that region at the center of a galaxy with the highest luminosity. When it is obscured, it might be due to dust.