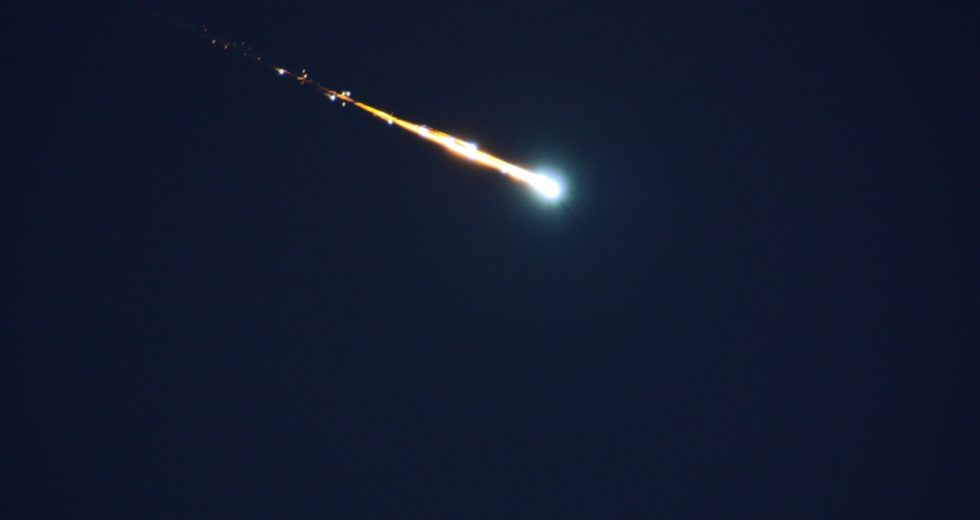 The American Meteor Society classifies fireballs as meteors that race across the sky with a brightness above -4, which means that they are as visible as Venus during the morning or the evening. Thousands of meteors that fulfill the criteria for being a fireball manage to enter through the atmosphere on a regular basis, but most of them will not be observed.

An American citizen who lives in the state of Texas was surprised when he looked at the records made by the security camera mounted on his house. He shared the video, which showcases a flash of light that is visible for a moment on the night sky. The event was also observed in Arkansas, with eyewitnesses stating that it was visible for several seconds before it vanished.

Similar reports were made in Peru, where another surveillance camera captured the reflection of an impressive fireball on the water. In this case, eyewitnesses had stated that the entire sky was lit up for 20 seconds before the fireball broke into several fragments.

Many events of this type occur on a daily basis, but most take place in areas with no human population, like uninhabitable regions or the above the vast oceans. They can also be hard to spot during the day since the light generated by the sun is bright enough to cover them.

Usually, most meteors tend to be harmless as they will burn out while they travel through the atmosphere due to the intense friction force that is encountered. However, in some cases, they might be solid enough to withstand the extreme heat and can crash into the surface. Others might become unstable due to the presence of volatile gas and explode in mid-air, causing material damage in populated areas. Several videos of the recent fireball over Texas can be found easily on the internet.