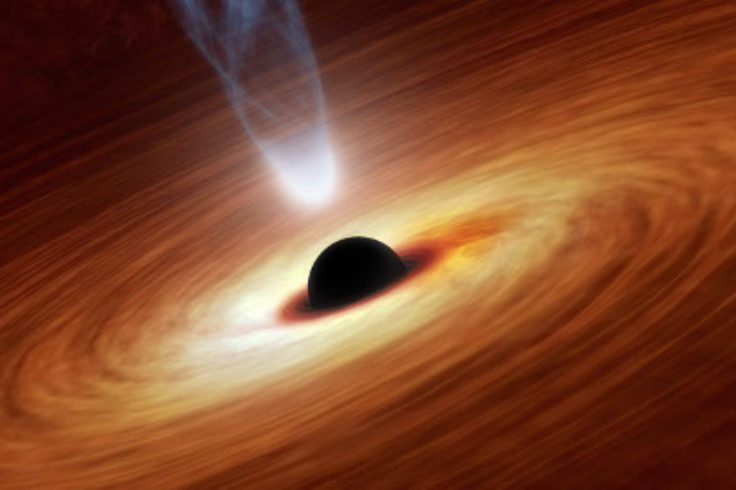 Time proves to us all that astrophysicists still have a lot more to learn about black holes. Once considered the most dangerous cosmic objects in the Universe, these imposing and mysterious structures had proven to play a critical role in the existence of galaxies themselves.

Phys.org reveals that black holes can reach larger sizes than scientists thought possible. The discovery comes after the work of Queen Mary Emeritus Professor Bernard Carr in the School of Physics and Astronomy, F. Kühnel (Münich), and L. Visinelli (Frascati).

SLABS or ‘stupendously large black holes’ represent the new hypothetical category in question. These cosmic monsters are even larger than the supermassive black holes located at the heart of most galaxies. While SMBHs obtain their imposing sizes over time by swallowing stars and gas, there is an upper limit of about ten billion solar masses. But in their new study, scientists propose another explanation for how SMBHs can form that evades the limit. The research also reveals that SLABS could be forming in the early Universe, even before galaxies. Since such black holes don’t need to gather matter from stars and galaxies to form, these primordial cosmic monsters could have a wide range of masses, from very small and stupendously large ones.

We already know that black holes exist over a vast range of masses, with a SMBH of four million solar masses residing at the center of our own galaxy. Whilst there isn’t currently evidence for the existence of SLABs, it’s conceivable that they could exist and they might also reside outside galaxies in intergalactic space, with interesting observational consequences. However, surprisingly, the idea of SLABs has largely been neglected until now.

We’ve proposed options for how these SLABs might form, and hope that our work will begin to motivate discussions amongst the community.

The research was published in the Monthly Notices of the Royal Astronomical Society.