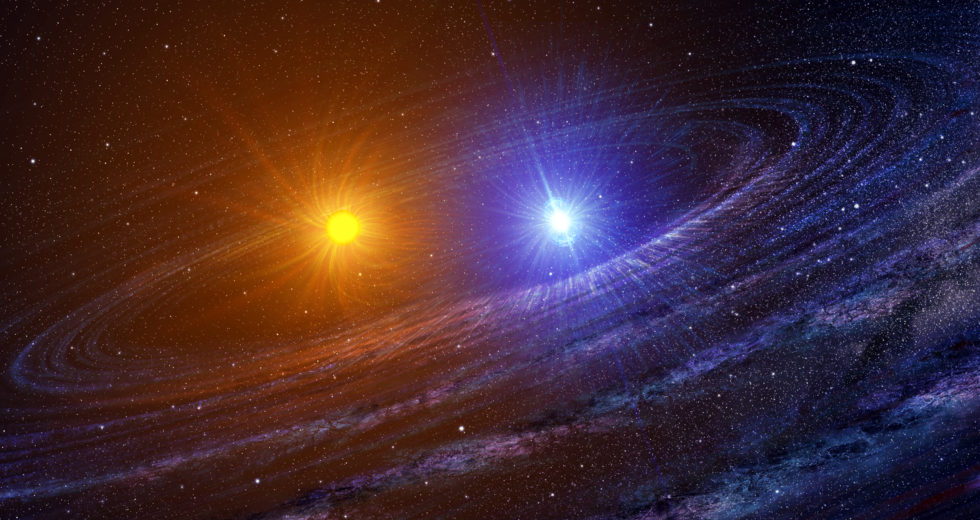 Certain short-period binary star systems eject circumbinary planets housed in certain orbits, due to the evolution of the host stars. It is the conclusion of a new study by the University of Washington, which also means that these binary star systems are poor places to be observed in search of habitable planets and extraterrestrial life.

The astronomers who participated in the study asked themselves if the binary stars’ gravitational forces exerted by each one over the other have dynamic consequences for the star system?

“That’s actually what we found using computer simulations”, Fleming, the leading author of the study, said in a statement. “The tidal forces transport the angular momentum from the stellar rotations to the orbits, they reduce the speed of the stellar rotations, expanding the orbital period,” added the researcher.

This momentum makes the orbits not only enlarge but also circularize.

And along very long time periods, the two binary stars also synchronize, like the Moon and Earth, so, each star will always show only the same side to the other, similarly to the Moon.

The expanding orbit envelops planets that were originally safe and which are, then, expelled from the system, according to researchers. And the expulsion of a single circumbinary planet can disturb the orbits of other planets in the system, as well, in a cosmic sort of cascade effect.

What the scientists call “region of instability”, a phenomenon produced by the concurring gravitational forces of the binary stars, make the ‘life’ of the circumbinary planets even harsher.

“There is a region that can not be crossed: if you enter there, you are expelled from the system. We have confirmed this in simulations, and many others have also studied the region,” explained Flemming.

Another stunning characteristic of the binary stars systems, observed in other studies, according to Fleming, is that planets are orbiting outside the before-mentioned stability limit and simply gather in beyond this limit.

The way the planets reach to their gathering area of the binary system not totally understood but the theories in this regard say that they can either be formed there or migrate there.

Putting this model to work in the already-known short-period binary stars systems, the astronomers found that this kind of systems expels one planet out of 87, at least.