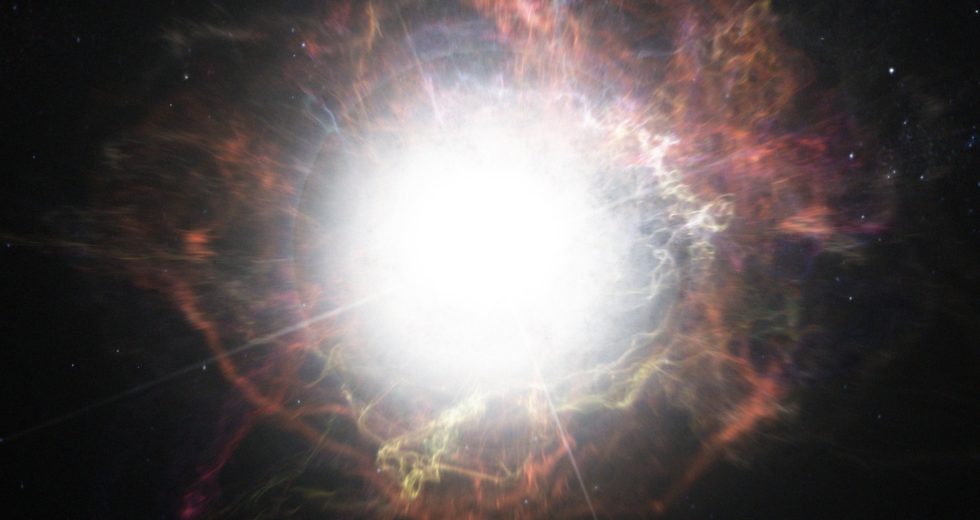 You know what they say that nothing lasts forever, and it even applies to those gigantic bright balls of fire that provide light and energy to entire planetary systems. When stars consume all of their fuel, meaning the hydrogen that converts into helium, they explode with unfathomable power, resulting in supernovae. Star explosions could be just as bright as an entire galaxy that contains billions of stars.

Being anywhere near a supernova is a very bad idea if you care about your life, and luckily for all of us, there’s no supernova exploding in the proximity of our planet, at least for the next few centuries. Even so, scientists have the right tools to explore these cosmic monstruosities that are even capable of giving birth to new stars that emerge from the huge amounts of gas left behind. There is creation even in destruction, we might say.

SciTechDaily announces that a team of astronomers from the UC Santa Barbara confirmed the existence of a new type of stellar explosion: the electron-capture supernova. The first clear evidence was uncovered by a worldwide team led by researchers from UC SantaBarbara while using data from the Las Cumbres Observatory. The lead author of the new study is Daichi Hiramatsu, who’s also a graduate student at UC Santa Barbara and Las Cumbres Observatory (LCO).

Usually, supernovae were known to fall into one of two categories: iron-core collapse and thermonuclear. The electron-capture supernovae result when their former stars stop fusion when the cores are made of oxygen, magnesium, and neon. Not enough mass remains to create iron.

Hiramatsu said, as cited by SciTechDaily:

We started by asking ‘what’s this weirdo?’

Then we examined every aspect of SN 2018zd and realized that all of them can be explained in the electron-capture scenario.

The discovery was published in Nature Astronomy.