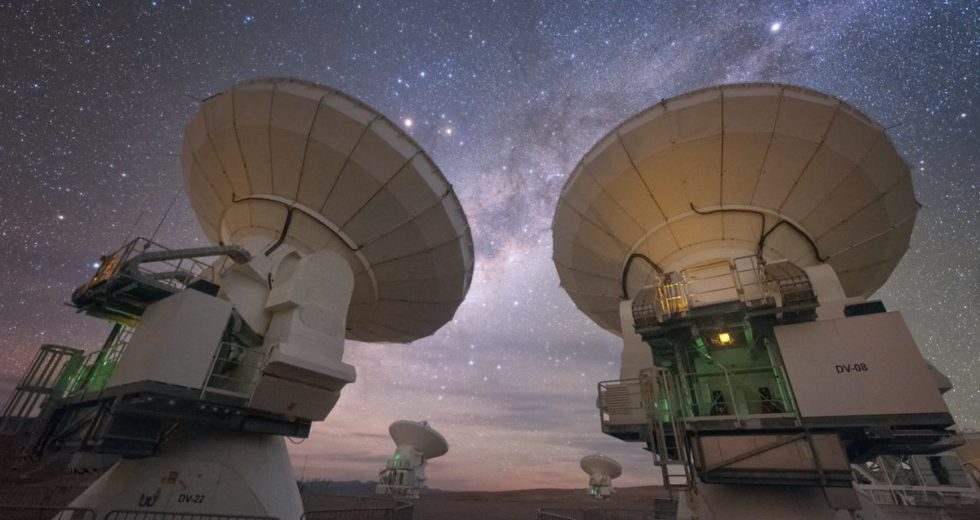 Chances are very high that there weren’t any intelligent beings around 9.2 billion years ago, but instead, the Universe had other fabulous cosmic shows to reveal. But the more beautiful aspect is that it’s revealing it to us humans in the present days, as we can practically travel back in time using powerful telescopes. The more astronomers look into the depths of space, the more they look back in time.

A merger between two galaxies led to something unique, as the news brought by Daily Mail reveals. Research led by Durham University and with observations made with the Atacama Large Millimeter Array (ALMA) telescope of the European Southern Observatory reveals that after the collision, one of the galaxies ejects 10,000 Suns-worth of gas every year.

Behold an artist’s impression of the galaxy in question, the product of the collision between galaxies, and some of its gas that was ejected (image source: Daily Mail): 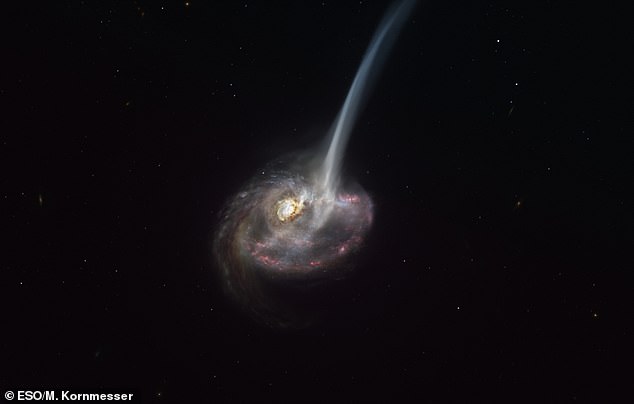 The galaxy is dubbed ID229, and the leaking of gas together with a large amount of star formation that occurs near the core will eventually deprive the single merged body of the possibility to give birth to new stars. Dr. Annagrazia Puglisi, the lead author of the study from Durham University’s Centre for Extragalactic Astronomy, declared:

We don’t yet know what the exact processes are behind the switching off of star formation in massive galaxies.

Feedback driven winds from star formation or active black holes are thought to be the main responsible for expelling the gas and quenching the growth.

Our research provides evidence that the gas being flung from ID2299 is likely to have been tidally ejected because of the merger between two gas rich galaxies.

The scientists involved in the research had to look at more than 100 galaxies with the ALMA telescope to spot the unique event.

The new findings were published in the journal Nature Astronomy.